Classic Spins with Pyramids On Mars 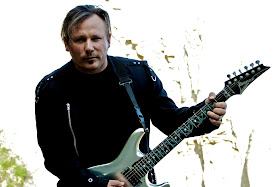 Check out all their stuff via their WEBSITE. Sample their wares on the technological marvel that is YOUTUBE.
1. My favorite kind of album is the concept album. The Wall is my absolute favorite. Beyond the amazing songs, it has spectacular nostalgia for me. What's your favorite one and why?
My all-time favorite concept album is Hemispheres, Rush.

From the first swelling/swirling moments of Prelude, it’s a total trip.  Mesmerizing.  I have probably listened to the whole album from beginning to end 300 times in my lifetime.

Huge influence on how I interpret how guitar, bass and drums should work together.  The remastered anniversary release is absolutely superb.  If I was stuck on an island, and can only have one album to listen to for the rest of my life.  Hemispheres is it.2. My very first album was Live Evil b Black Sabbath. Since then I've had a strong affinity for the live record, even if they're a bit fake. KISS set the bar with Alive!. Surely, it was fake, but it's got the best concert feel of anyone.Tell me about your favorite live record?My most favorite live album is Pulse, Pink Floyd.  Released in 1995.

I have fond memories of my brother Craig (Bass player) and I sitting in our parent's indoor hot-tub, drinking beer and getting lost in that live recording concert.

That album had a certain kind of magic.  It also had a really cool CD case, with a flashing LED light.

How cool is that?3. There are a great number of records I've turned to for my moods. What do you listen to when you're angry? Sad?The Downward Spiral, Nine Inch Nails.

There was a really dark period in my life in the mid ’90s.  I would put on Downward Spiral.  It was such a dark record.  I really related to it during those dark years.  Essentially, it was a concept album.  And to me, it was equivalent to The Wall.  DS is a work of genius.

Trent Reznor is a music god.    4. One of my friends laughs at me, routinely, for loving the Misfit Toys of albums by major bands. Lulu by Metallica and Lou Reed, Carnival of Souls by Kiss, Diabolous En Musica by Slayer, etc.What's the strange one that you love?

It was Steve Vai’s first album, released in 1984.  He recorded it in a shed, while he was still transcribing for Frank Zappa.  It was the Attitude Song featured in Guitar Player Magazine.

I totally fell in love with Steve Vai.  The album is quirky, but has some great moments on it.  Including the song ‘Call It Sleep’.

Absolutely breathtaking.  Steve also did all the music on a Fender Stratocaster.  I prefer the tone he had with the Strat on Flexible over his JEM guitars he plays.

(Ed Note: Definitely a misfit toy. I purchased this one recently and I told my family about how Vai found a case of these unopened in his attic before his last tour. Wife said, yeah, he found a case because he couldn't sell them!)

5. It's almost fashionable to release live versions of albums or re-record the old ones. King Diamond is releasing a concert with Abigail front to back. Roger Waters has done The Wall twice. Which ones do you have in your collection?

(Note: Pulse has Darkside of the Moon in full on it.)
Nicholarse B of S at 8:00 AM
Share