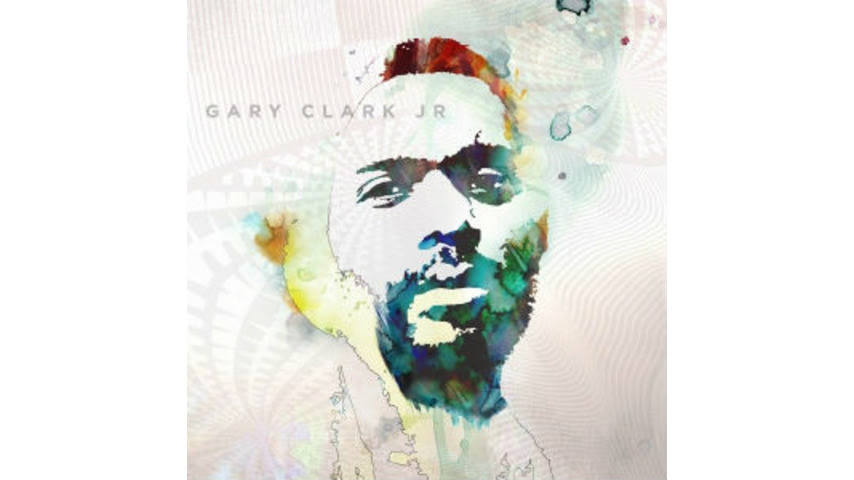 Album Review: "Driving Towards The Daylight" by Joe Bonamassa

Here's a guy I'd never heard of until I started playing guitar again. There are artists that only other guitarists know and love and once I started darkening the doorway of Guitar Center again...I'd heard of Joe Bonamassa.

I suppose I'm getting closer to being able to say that I enjoy the blues. With John Lee Hooker and many "punk" blues artists in my library these days, I'm really beginning to understand and appreciate the genre. In the past, I can only say that I've been a fan of blues based rock like Led Zeppelin and all of their children. I, personally, would put Joe Bonamassa in a spot between Hooker'n'Heat (electric blues) and Led Zeppelin (blues based rock). This album is neither one nor the other, but it definitely was enough to draw me in. After I'd read that Brad Whitford and son were among the featured sidemen for this album, I was in. It didn't hurt that I'd read all about guitar players gushing about Joe on the internet I suppose. I'm always looking for an artist that makes me want to get better, and Joe fits that bill.

Album Review: "The Sound Of The Life Of The Mind" by Ben Folds Five 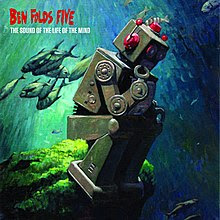 Heading over to my in-laws' house, we heard on NPR about Ben Folds Five putting out a new album. My wife was thrilled. She loves the Ben Folds Fellow. Last year, we attended his concert at Powell Symphony Hall with the St. Louis Symphony Orchestra. Though I couldn't count myself among his fans, and he didn't play "The Luckiest" (our wedding song), I really enjoyed the show. Both he and the orchestra turned in spectacular performances. Later that year I  purchased her his three disc retrospective. Now the band is back together with an album of new material and since my wife is a fan and I knew I'd be buying this album too.

Quick thought: If NPR tells you about a good chunk of your music, does that make you a nerd? Moving on. Since the symphonic concert, which was one of the best shows I've seen in some time, I started moving towards Ben Folds fanhood. I can definitely appreciate his quirky and intelligent lyrics, his writing songs on stage, and then recording them, but I'm not a  good Ben Folds fan. I had no idea on the retrospective that it was full of Ben Folds Five and Ben Folds solo tunes. Honestly, I cannot tell the different between the two.

Let's take another trip in the way back machine. This year, aside from just tracking down new bands and new music, I've also been delving into the past to fill in some holes in my library, or in Buckethead and Steve Vai's cases, right terrible wrongs by adding them in.

I can remember first hearing of Buckethead back in 1998. I was at my friend Trey's house as we were trying to get a band off the ground. (NOTE: We didn't.) At that time in my life, I wasn't really a fan of instrumental guitar to speak of. I had gone through a short phase a few years before, and then I kind of got out of it. Now that I'm older, I'm back into it and really exploring the different guys doing it. That's why I picked up Buckheadland 2.

When I popped it into the CD player, I was expecting some disappointment as I was told that this album wasn't one of Buckethead's better releases. I didn't swear at the stereo like when I listed to John 5 for the first time. But there was definitely a very real response.

The double album might just be the greatest thing in the whole world. Even better than this. Let me know if that's too vague OK?

Baroness came to me in an email I received talking about their latest album. Like their first two it was named after colors, but unlike the first two it was a double record. When trying to decide which of their albums to get, I saw that the double album was the same price as the two singles, so that's what I picked up.

I didn't really know a whole lot about these guys when I placed the order for Yellow & Green, but reading about how they recorded it really interested me. When the guitars were recorded, the amplifiers, in some cases, were not in the same room as the player. On top of that, the acoustic plucking of the electric guitars was also recorded on the track. This was one of the coolest things I have heard about in a long time. This method of recording the guitars made for a wonderfully creepy and esoteric vibe that permeated the whole album. 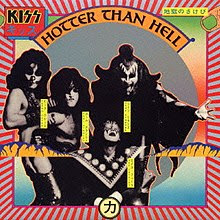 As a younger man, I purchased and sold CDs like nobody's business. Every 6 to 8 months, I'd prune out albums and keep my collection in the neighborhood of 250. Several of the Kiss studio albums were among those pruned.

Now that I've switched to computer storage of the music instead of a 400 disc CD changer, I'm adding some of them back. The first one I put back was 1974's "Hotter Than Hell." This album is now 38 years old.

This record, like the first few by Kiss, was written and recorded in literally just days, but it doesn't feel like it. That is kind of an amazing feat considering that Gene Simmons even went into the well to pull out a Wicked Lester song.

This album was, in my opinion, a harbinger of what was to come from Kiss. Though their debut record is better, this album is more complete in my opinion. At least better in terms of classic songs.Whereas the eponymous was a rock tour de force from track one to track ten, Hotter Than Hell takes several twists and turns, and unlike it's predecessor, offers up some sadly forgotten deep cuts.