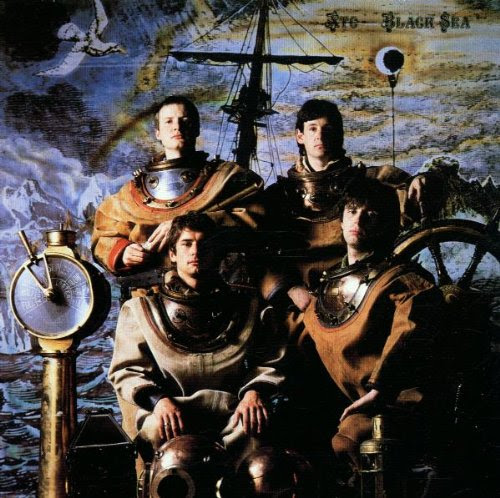 My knowledge of New Wave is pretty sketchy. Even when it was popular in my preadolescence I was into metal. Twisted Sister, Iron Maiden, Kiss, etc. XTC never caught my attention. However, it does appear that this was certainly my loss.

From the word go this album pops off in all directions. Black Sea is a very good title for this record. Whilst sitting with it coming through the headphones it feels like you're the captain of an 1800's sailing vessel as it paws its way over stormy seas and you're hearing what the men are doing down below. It's a truly pleasing experience.

They have been labeled power pop, but this album is pure new wave. It's the perfect marriage of synthesizers and instruments. It would be hard to really nail down what this group is doing in terms of a genre. From dirty rock riffs, to ska choruses, to new wave synth, it really feels like they leave no stone unturned.

Once again, it's about to get very, very brutal. Meshuggah is a band that has been around for what seems to be a very long time. Honestly, they have never crossed my path other than to have heard their name and that they exist.

Last year they were profiled in Guitar World as they were beginning their tour for their latest album, "Koloss." At this particular show, they had taken delivery of their latest 8 String Guitars from Ibanez and they were rather excited.

As a music fan, guitar music is what this blogger finds to be the most enjoyable. A deftly played riff, a screaming solo, an instrumental lead that makes the listener tear up, and more.  This is my favorite thing in music. So, hearing about their playing 8 string guitars...yes interest was piqued. 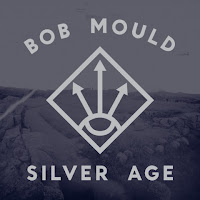 It's time for me to try something very much out of my comfort zone. For many years, the names Bob Mould and Husker Du have been well known to me. That's not to say that these names ever found their way into my music library. It is far more appropriate to say that they were avoided like the plague.

But here we are and it's 2013 and there are only so many classic rock acts and there are only so many metal bands that are worth a damn and so on and so forth. This blog is part of a continuing mission to document the music I acquire, listen to, etc and it serves as a reminder of the dark days when I switched to MP3s and I heard Kiss, Metallica, and Megadeth 60% of the time. Bob Mould (and Husker Du) is someone that a great many people in this world hear something that I simply do not hear. So it's time to listen to his most recent solo effort and see what's there.

There are still a great many artists out there that I am trying hear what the others hear. Gary Moore fits into this list. Seeing his name bandied about on guitar forums and on the head stocks of signature model Les Pauls caught my attention.

Turns out he was a solo artist and a member of Thin Lizzy for a time. These things took me completely unaware. He is also mentioned frequently in interviews I've read in Guitar World. If he sets so many other guitarists, including high level pros, then this is someone who should stop being unknown to me.

He's also another in the legion of white guitarists who love the blues and obviously he's rather adept at it. The more and more I hear, the more and more I realize that I need to give this man a full listening. "Blues For Jimi" is something that Amazon has recommended to me over and over, so maybe there is something to this. It was recorded in 2007 at a special tribute to Jimi Hendrix, obviously. 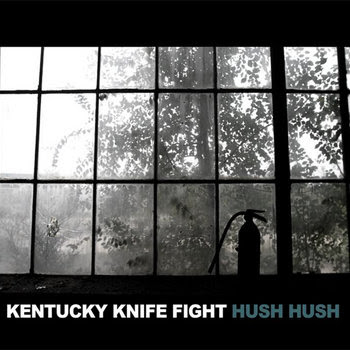 This band came to me by complete accident. There was a chance meeting and I met one of the members. Until this meeting, this group was completely unknown to me. But here we are with the album and checking it out. It's always nice that music is everywhere and you never really know where you're going to find it.

Admittedly, the St. Louis Music Scene isn't indelibly inked into my brain like it once was. Right now if you asked me to name five local bands, at least 4 of them would no longer be a going concern. Although the heyday of the middle nineties in St. Louis has not left me. Many a night I spent down on Laclede's Landing. Mississippi Nights, Kennedy's, and Bernard's Pub were my hangouts, but we've quickly gotten off track.

So, as it is, the St. Louis Scene is currently something of a mystery to me, but I am trying to wade back into the waters and find more and more new stuff and here we have the latest release by St. Louis's own, Kentucky Knife Fight.