German death metallers Slaughterday are back with the ferocious EP, Ravenous.

This is the follow up to their 2013 full length debut, Nightmare Vortex.

The brutal duo features the ex-Obscenity, Jens Finger on bass and guitars and ex-BK-49 Bernd Reiners, on drums and vocals.

How often do drummers sing? I cannot think of another drummer in the game that also handles the vocals.

Album Review: "Back To The Front" by Entombed A.D.

Entombed, wait, Entombed AD, welcome back, to the front as it were.

For some of us in the world, you'd never left the front of our consciousness. For a close friend of mine, their Wolverine Blues record is the be all and end all of death metal. Just even mentioning the genre and he spouts off that title.

There was a bit of an issue and now the band has changed up their name in order to continue, but the group has been at this a very long time.

When I had my first taste of extreme metal, Entombed were among the first I'd heard. I still think back to when my friend introduced me to death metal and I still see the Carcass, Napalm Death, Entombed, and Forbidden album covers in his room....oh to be 16 again right?

In the very recent past, I received a message from a band asking if I did reviews, and after answering in the affirmative, they sent me their album.

That is still my very favorite thing about running this little music blog. When a band contacts me. (Please see email address to the upper right of the screen should you be interested.)

But, in the end, I've never heard of this band and I have very little information about them other than that they have released an album and they are from Seattled and named District.

They self identify with alternative rock, but could they really call themselves anything else while being from Seattle? Perhaps I'm just too old, but that's all I think of when I think of Seattle...well that and The Crow.

Album Review: "Hang Them" by Atara and Miserable Failure

This is a long staple in the world of extreme metal where many of the labels don't have billions to spend.

I suppose it's more than just the metal that does this, but also the music industry as a whole that doesn't have the distribution and power that some of the other bigger labels have.

Atara and Miserable Failure are both on the Kaotoxin label and are angry, riffy, and unstoppable grindcore metal.

For the uninitiated, Grindcore is a name given to very extreme metal that has some similar traits to hardcore punk music. Short songs, no solos, just flat out going after it and then reloading for the next go around. Both bands have been around the block a bit and we'll take each side of the EP...

Few things are better to me than new music.

The subject of today's review has just released an album, or digital mixed tape, that's available for immediate purchase and download.

Brother Dege, aka Dege Legg, has been in the game for a little while now. He's been touring and recording since 2009.

His music was used by Quentin Tarantino for the movie Django Unchained.

Clearly, he's knocking on doors and getting noticed out there. He's described as "Cajun Blues," and I can certainly get behind that. He's a very unusual artist and that's pretty cool.

The current release is a mammoth 19 track undertaking chock full of three kinds of recordings: Studio, Demos, and Field Recordings. He certainly has released a giant pile of music.

Album Review: We Have A Ghost Eponymous (Re-release)

Music is, your friend and humble narrator's opinion, the supreme art form because it encompasses all other forms of art, but what if that artist doesn't want to be recognized in the outside world?

My favorite band of all time, KISS, kept their identities secret for the first ten years of their existence. A new band with a similar name, Ghost, is doing the same thing.

These artists are more than just musicians, they are also actors. They are playing roles nightly in front of audiences.

Well our new friend, We Have A Ghost is the exact same way, though I think he's a bit smarter than the boys in KISS, he probably didn't create his character based on his real life personality. He's also gone one better than New York's Favorite Sons...

He's kept his location secret. So good luck figuring out this mystery, should you be so inclined. Personally, I allow these men to have their space and choose to love the mystique..look what happened to Ozzy after he lost his...

Email ThisBlogThis!Share to TwitterShare to FacebookShare to Pinterest
Labels: Bleeding Light Records, Synth Pop, We Have A Ghost

Formed in 1999, this German band has been blasting beats for a long time.

They're compared to other brutal metal acts like early Deicide, Misery Index, and Marduk.

I'm really only familiar with the legendary Deicide in that list, so I cannot comment on the other two and how Keitzer compares.

I suppose that might take my metal cred down a notch?

Over the last fifteen years Keitzer has had a steady stream of albums and Split EPs. The Last Defence is their fifth full length album and their first since the wild days of 2011's release Descend Into Heresy. Even fifteen years on, Keitzer just cannot calm down.

Album Review: The Eponymous Debut of the Casual Strangers

After my review of Megafauna's latest album, The Maximalist, a couple other bands out of Austin, TX came out to say hi to me. I would definitely love to become more familiar with the scene in Austin, TX.

(It should be noted that if you're reading this and you want me to review anything, I'll listen to whatever's sent!)

In an era of an ever expanding list of terrible band names, I think this one is pretty damned cool. The standard trope of opposites becomes something very cool here.  I always hope to bring new artists to your attention, and this band couldn't be any newer. This is their first album.

A few weeks ago I received an email all the way from Lima, Peru. It was from a metal band there. The band and I disagree precisely what genre they belong to, but we'll forgo that for now.

That's pretty cool. I've said it before and I'll say it again, it's so beyond awesome when I get an email from an artist who's asking me to listen to their music.

Doing this blog and getting to hear all of this music that I wouldn't normally know is why I do this.

So, for our South American friends, let's take a look at Skullcrusher. Normally, as this EP is a couple years old, I would not review it because it's not current, but I cannot pass it up. The band wanted to create a brutal thrash metal band with a very polished sound, and I think we can all agree that they nailed that goal.

Today's album review is the latest by Incantion, Dirges of Elysium.

There are few things cooler than an Elysium reference in my book.

Incantation is a long running metal band who have released several albums, demos, and more.

Originally formed in 1989 in Johnstown, PA. Is it really surprising that the town that spawned the original story for Slap Shot would bring us a metal band?

This is one of those many metal bands that have been at it for a very long time but have not received the recognition, like Master. At least today, we can spread some of the good word of Incantation.

Today's album review is another one submitted directly by the artist. There is still nothing as cool as the actual artist contacting me. I will admit that most of them are overseas and I wonder where the Americans are at?

So, today's featured artist, Distorted Harmony, is from Israel. You may recall the other Israeli band to appear on these pages, Ferium.

Like their fellow countrymen, Distorted Harmony is also progressive, but they make their changes in a single song, whereas Ferium changes from song to song.

Here's where things start to get a bit more interesting than your standard how the band formed story. Distorted Reaction was started by a Jazz keyboard player, but please keep reading. I suppose, it makes sense that a jazz artist would want to switch to progressive the metal...?

I should also mention, as a total nerd, I think that this cover art is just awesome. I feel like I should check the molecule to make sure it's a real one though...but I'm not a chemistry nerd anyway. 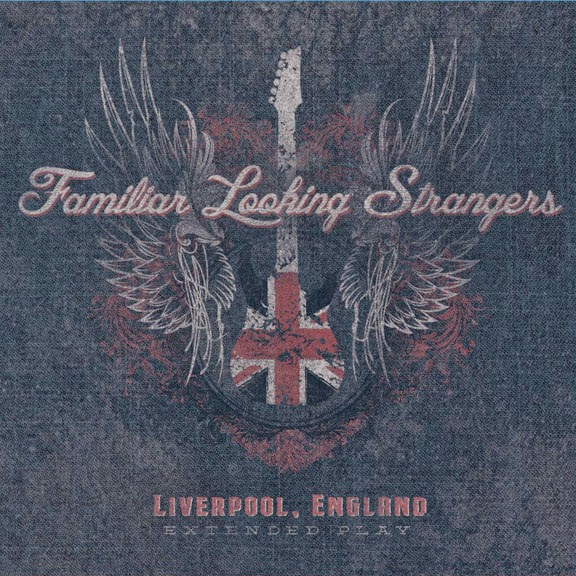 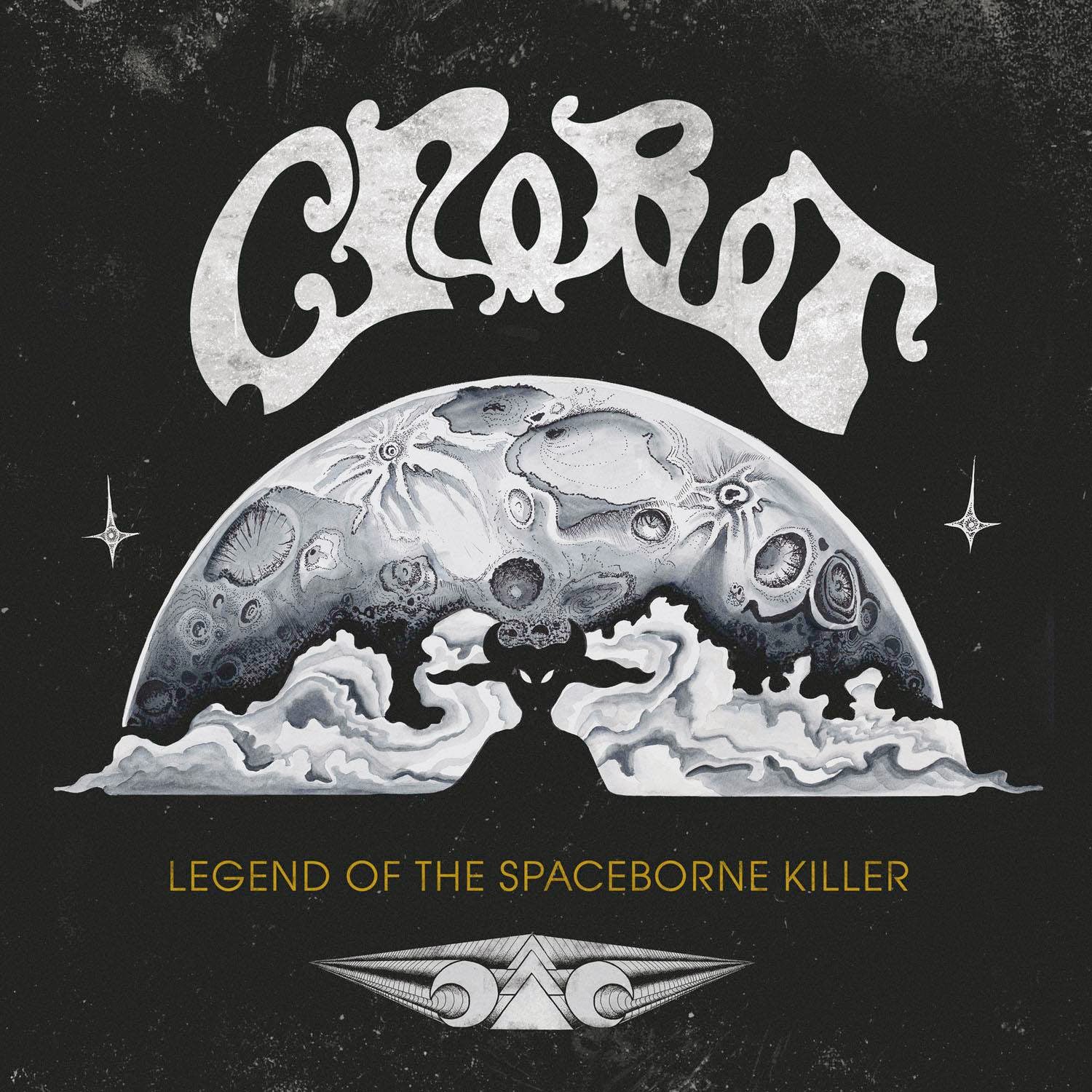