"For I Am Genocide" by Mass Infection 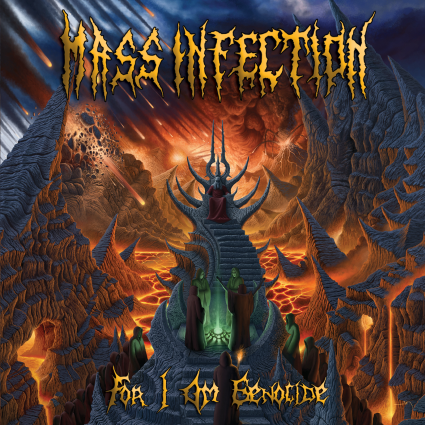 Mass Infection is a veteran death metal band from the most metal country in the whole damned world....

Think about it. If your home country also housed a pantheon of gods that could destroyed just by tossing the heavenly equivalent of a javelin, you'd also grow up pretty angry...and that's not even mentioning the gods coming down to sire....

They originally formed in the town of Livadia in Central, Greece back in 2003. They immediately recorded a couple demos to begin getting their sound and shape together. In 2007, they released their debut album, and a follow up in 2009. Then, they went off the grid a little bit, but they have returned with For I Am Genocide.

"Someday, The Moon Will Be Gold" by Kalle Mattson 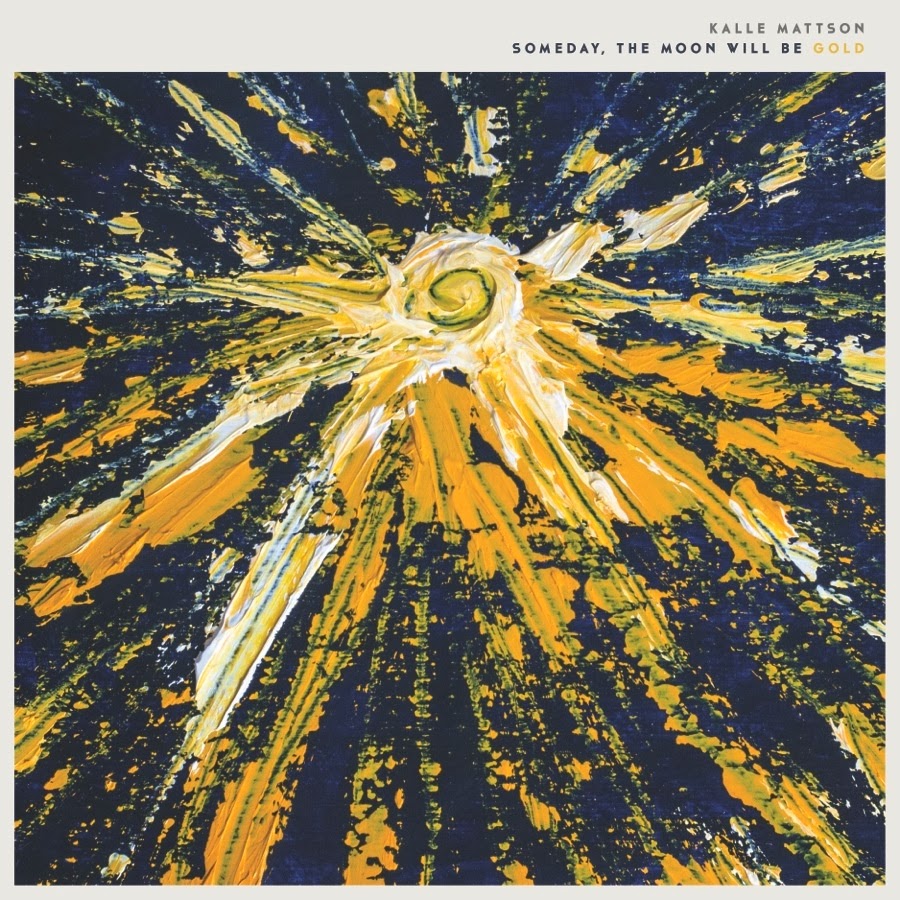 Twenty years ago, this album would have already blown up the United States. We would be fawning over this Canadian who's come to the States to bring us his music, but the world has changed.

Kalle Mattson hails from the capitol city of Ottawa, Ontario, but he's originally from Sault Ste. Marie, also from where the Esposito brothers hail.

Someday, The Moon Will Be Gold is the fourth release from our friend to the north. He has a released an album every year for the past four years. It's always good to see newer artists working hard to push through, as the world has changed.

In the MTV era, a video would have been premiered, and Mattson would be a household name, but with the death of terrestrial radio and the metamorphosis of MTV, up and coming bands have a much tougher road to hoe.

"Get Pure" by Mount Carmel 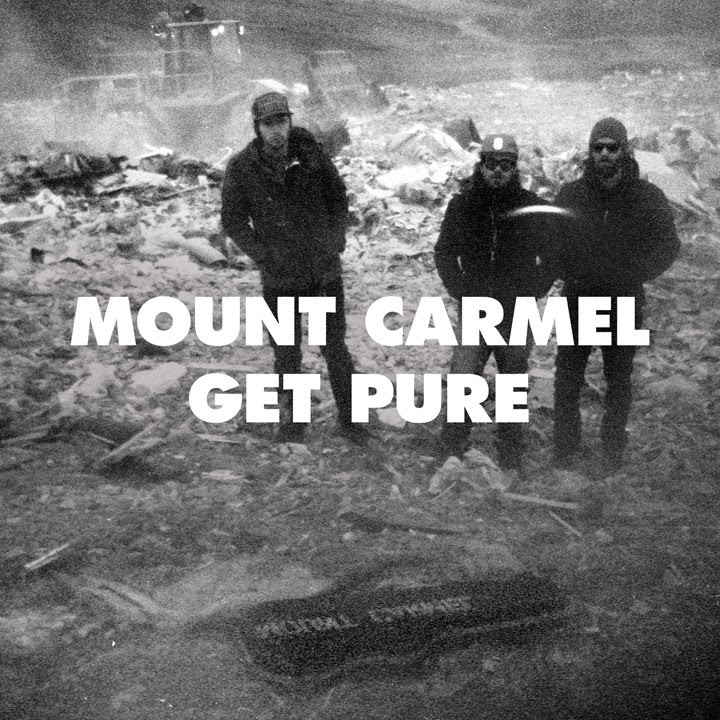 Mount Carmel is new to my ears, but I heard the buzz they were getting about their new album and frankly, I am really glad and grateful to have the opportunity to review this record.

What I know about these boys is pretty basic. They hail from Columbus, OH. If they're Crew or Blue Jackets fans, that's an unknown, but a known unknown.

"Get Pure" is their third record.

See? I really don't know much about these guys at all and the vast majority of the unknowns are unknown unknowns, but after listening to the record, there were a few things learned. They play a simple, blues based rock'n'roll that's long been missing in the world of rock and they really do know how to rock. 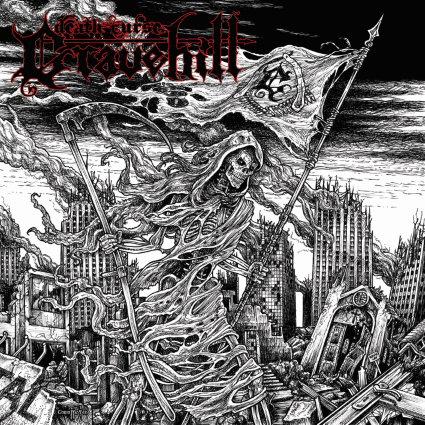 Gravehill originally formed in 2001, but the current band has very little in common with the trio that was founded nearly 13 years ago. After they recorded their demo, they did the most metal thing they could do.They broke up and then re-formed in 2006.

We will consider the era from 2006-12 to be a time of great upheaval for our friends in Gravehill though there was much rejoicing as they wrote, recorded, and released records and performed shows, but it was not without its travail, as members came and went.

The current lineup formed in 2012 as the previous two guitarists had to return to their touring schedule with Exhumed. After their departure, Gravehill recruited two new full time guitarists and set their sights on writing, recording, and releasing a new record.

"A Living Nightmare" by Demoraliser (Re-release) 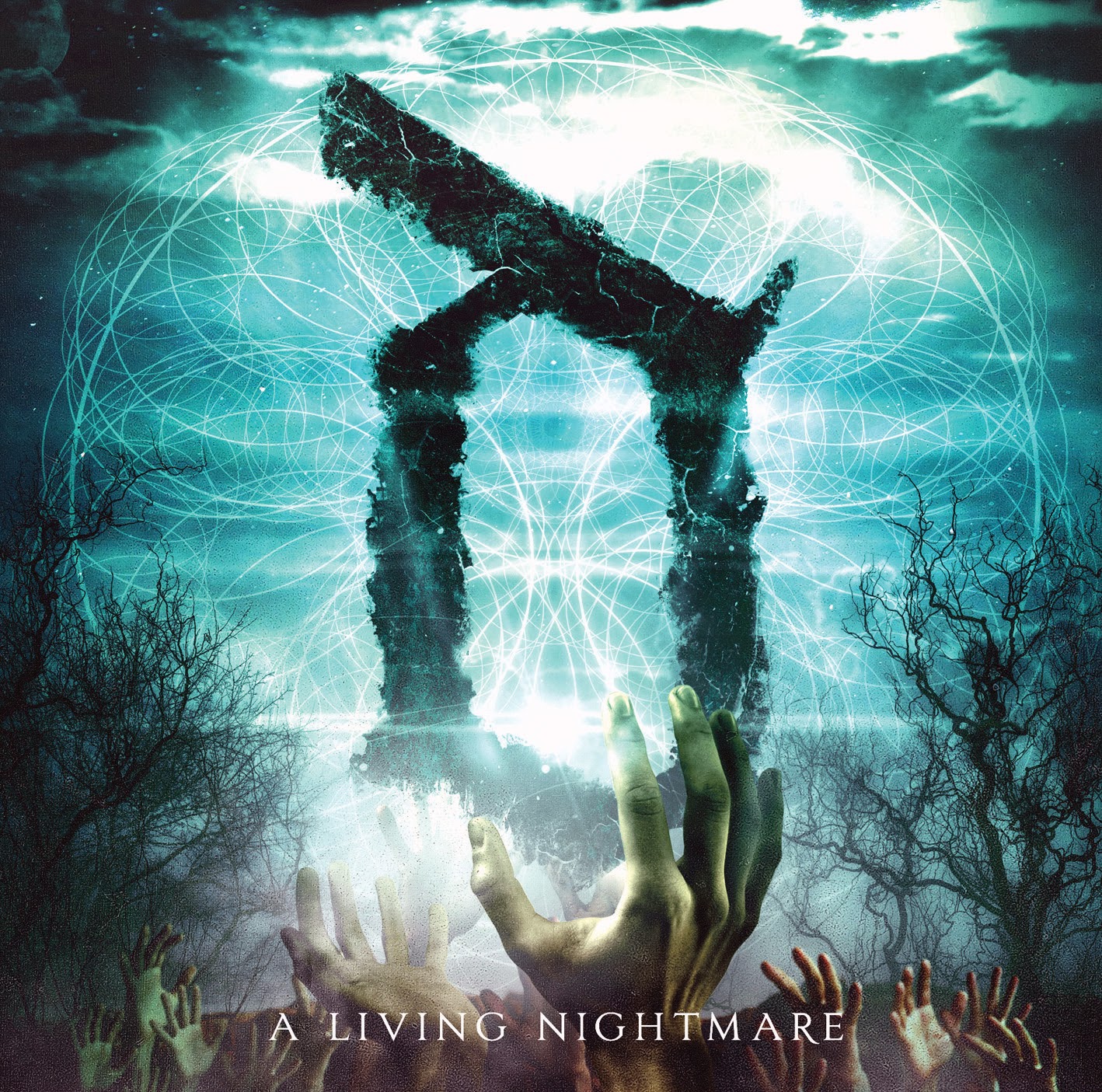 All the way from Grimsby, UK, we have Demoraliser for your consideration.

With Century Media  having acquired Siege of Amida Records, some interesting music has arrived in this reviewer's inbox. In fact, you may have noticed that we are now up to three posts per week instead of the originally promised one, then the promised two. These companies will be the death of me!

As for our new friends, Demoraliser, they are an interesting kind of band. In the book Louder Than Hell: A Definitive Oral History of Heavy Metal, they  gave this kind of music a name, but for the life of me, I can't remember. (It was a fantastic book by the way. I read most of it on the beach in Bermuda last year.) 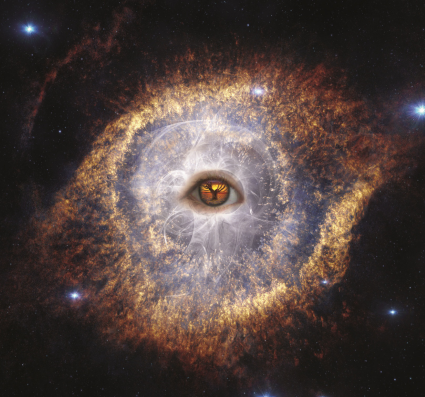 One of the best things about heavy metal is awesome cover art. Take a moment to appreciate Monsterwork's latest cover.

Now, on with it. Monsterworks is a veteran metal band out of New Zealand. Honestly, not much knowledge of their homeland have I, but they formed nearly two decades ago in 1996 and have now released, with Universe, nine full length albums and two EPs.

This is another casualty of how the world changed, but also one of the ones whose music has made it to the other side of the globe thanks to the internet.

It's typical for me to try to place a band in a group with its peers and to try to pick out the influences as I hear them, but Monsterworks does very well to keep these things hidden, save one...

"Enlightening The Unknown" by Insain 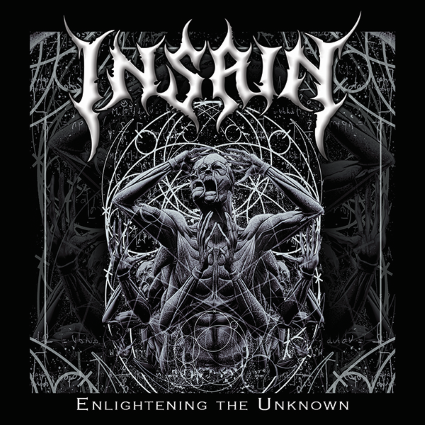 This band from France has announced that it was releasing it's EP and then broke up. There have been significant issues, including the original drummer losing his life after a long battle with his injuries that resulted from a violent car crash.

There were member changes and add all of that with the fact that Insain was literally the second act to be signed to Kaotoxin Records, the French Death metal label.

In the end though, the listening public gets one more listen, if not one more view of the band with their swansong EP, Enlightening The Unknown.

"Face of Madness" by Tritton 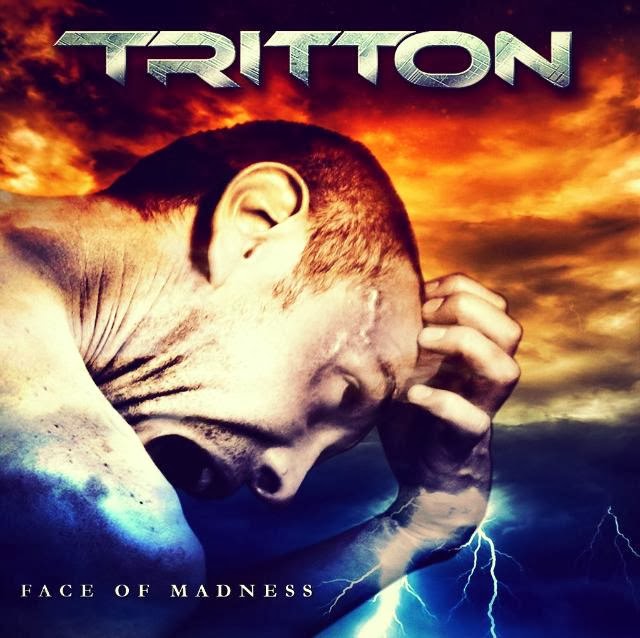 For the first time, this blog will be heading to our neighbor to the south, Mexico, but not the part of Mexico that the lure of drunk college kids have turned into America's socks. The real heart of Mexico, Mexico City.

At an elevation nearly fifty percent higher than the Mile High City of Denver, the air is thin. Originally, founded as the capital of the Mexica (later Aztecs) in 1325, it was conquered by the Spaniards. There is a lot about this city to make one angry enough to become metal. It's a very far cry from the paradisiacal cities like Cancun and Playa del Carmen. (The latter where I spent not only my honeymoon, but my last trip to Mexico.)

Enough of the Mexican history lesson, but if you'd like more, please email me and I'll tell you all about my visit to the archaeological site of Chichen Itza and send you photos. 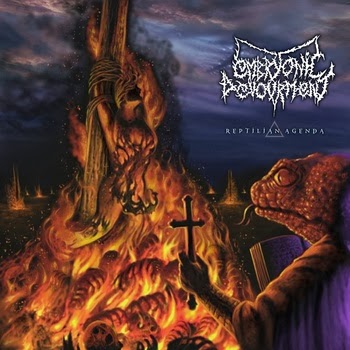 From Willits, Ca.we get the brutal death metal group, Embryonic Devourment. What is it with death metal bands coming out of temperate climates? Seriously, there is no serious death metal scene in Winnipeg, Man.

You'd think up there with the temperature routinely reaching minus 40F(C) that there would be just dozens of angry metal fans ready to spread their wings and scream against nature, but apparently not.

The group formed in 2003 and released the Beheaded by Volition EP and released their first full length album in 2008, Fear of Reality Exceeds Fantasy. The CD of the hour today is their first release in nearly four years. They have released nothing since 2010's Vivid Interpretations of the Void. They certainly do know how to craft a catchy album title don't they? 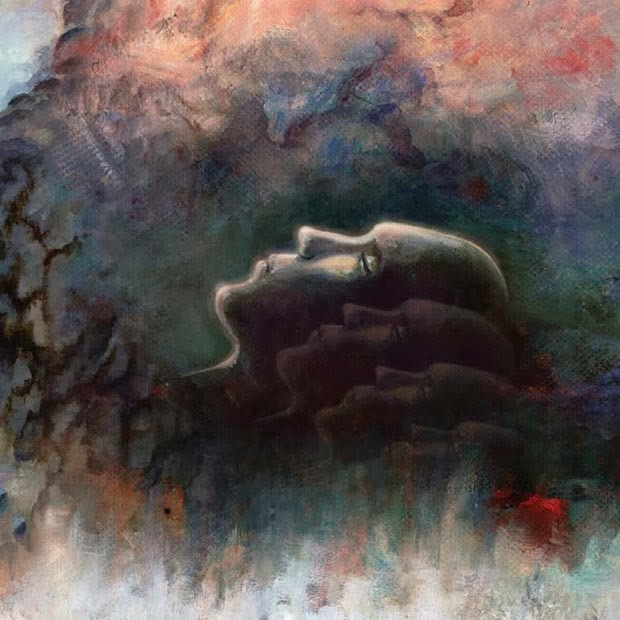 Morbus Chron are a death metal band from Stockholm, Sweden that have been around since 2007. Sweven is their fourth release, and second full LP release. Depending on how you look at it, this is either the follow up to 2012's A Saunter Through the Shroud EP or 2011's Sleepers In the Rift LP.

This band is another unknown to me. One of my favorite things is being able to introduce new music to people who have never heard these bands.

Like much of what has been happening on this site, this band is metal and they refer to themselves as Death Metal, but put the Tampa Bay Death Metal like Deicide or Morbid Angel out of your head, because this band is so very, very far from that that it is nearly incalculable. 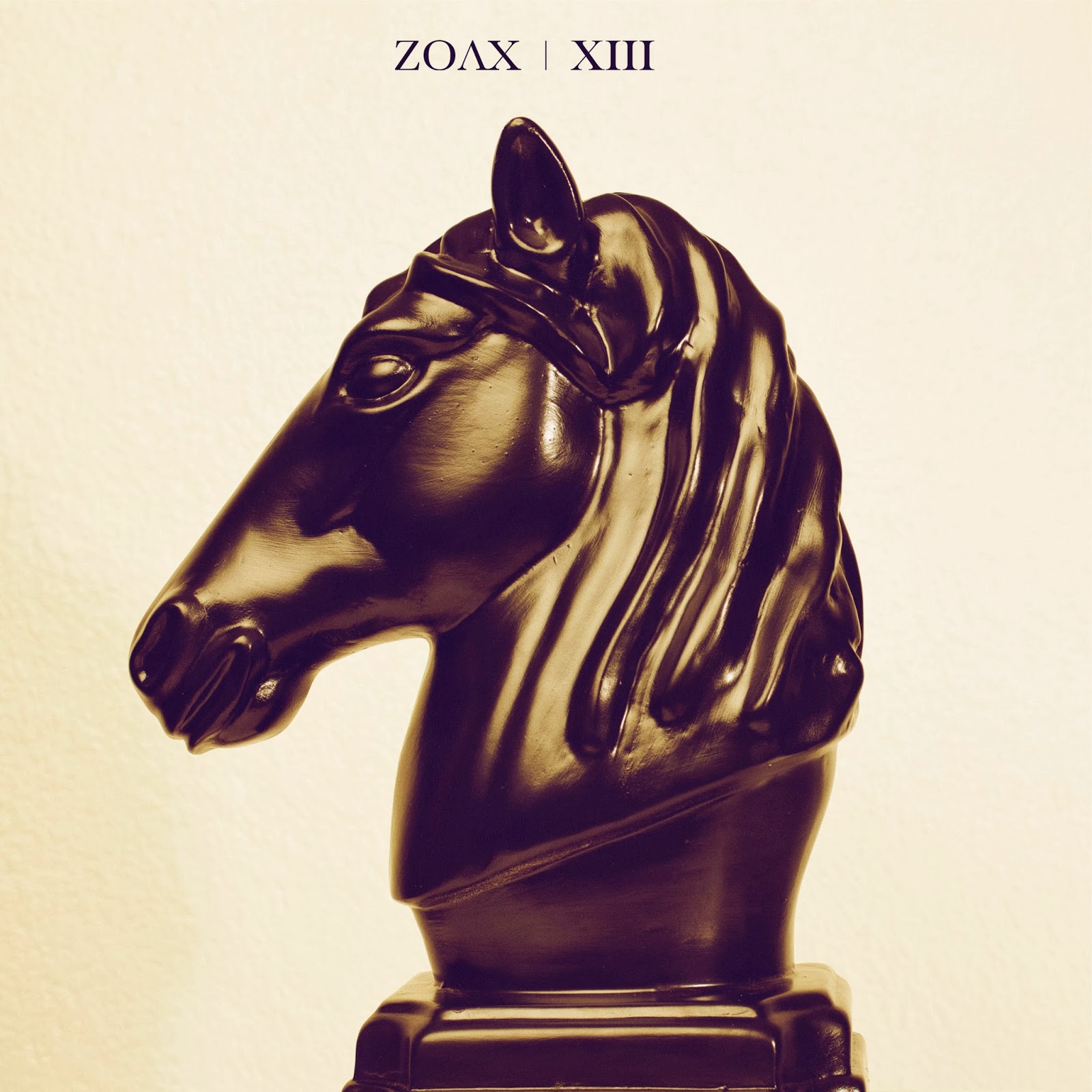 London based Zoax is the culmination of years of touring experience between the members. After spending time playing with other bands, the boys have come together and they're ready to unleash their own music on the world, but what is their music?

The best way of explaining what they do is that they toe the line between metal and rock as though it were the straight line of a sobriety test being taken by someone who's over the limit. Sometimes this band is very heavy, and other times they are rocking and singing. They never really play metal, and they never really play hard rock, but they a brand of music that's interesting indeed. 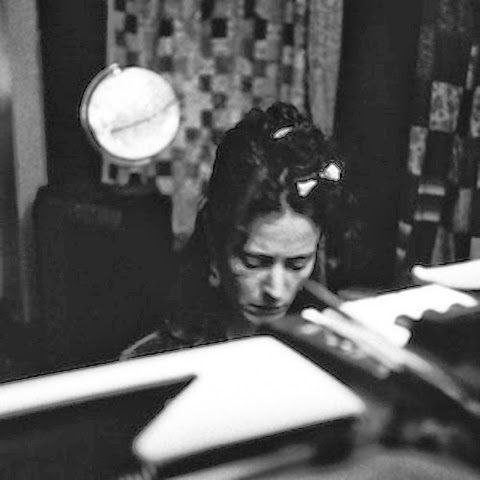 Are you familiar with Diane Cluck?

I am not and it really seems like that I should be. In my family, one side of it anyway, there's someone who really loves the singer/songwriters like this, or the Storytellers if you will.

Raised in Lancaster, PA she now resides in Virginia. Her music is described as neo-folk, but she calls it intuitive folk. She plays the guitar, the piano, and the mighty glockenspiel on this record.

She also sings, naturally. This record is composed of songs that had all been written for a very long time, and she finally got into the studio to record them, which she did in chronological order. She described it as dark, then light, and then dark again. 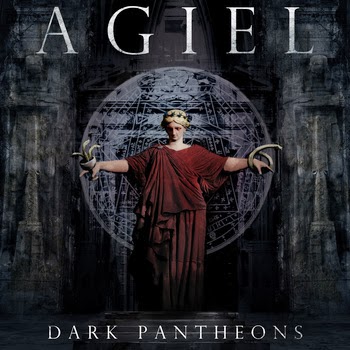 From the angriest City east of Buffalo, but still west of New York City, and not really all that close to Toronto, or Syracuse: ROCHESTER comes Agiel. (I have spent a couple fun, but non-consecutive days in Rochester.)

They are a band that have outgrown their roots as a brutal death metal/grindcore band and have become a symphonic death metal band. Their first album, Dark Pantheons Will Reign Again, was released in 2002 and the world is still waiting for a proper follow up.

For this EP release, the band has chosen a new direction for their music and have revisited the material from their debut LP. They have selected five tracks to re-record for their new sound. They are still aggressive, angry, and over the top, but now they also include some violins and other stringed instrumetns.