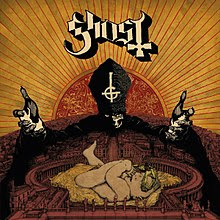 We have another metal record today. In the past on this blog, it was mentioned by me that metal is back in a very big way to me and that no one is happier about that. Doom metal, stoner metal, groove metal, etc is something that is very accessible and it might actually become something that's more than just a niche genre.

These bands are far more Black Sabbath than they are Metallica or Slayer. It still seems so strange to me that Black Sabbath, the first heavy metal band, seems to have had far less musical influence on the next generation than Judas Priest and their other contemporaries, but I do go on.

Ghost B.C., or simply Ghost (there was a lawsuit), is a metal band from the far away land of brutality and hockey players, Sweden. To call them a theatrical metal band is an understatement. The names and faces of the members remain unknown. Only the singer has a designation more significant than "a nameless ghoul," as the rest are called. If you believe everything you see, Ghost is on their second singer, Papa Emeritus II, but no one but them knows the truth of the situation. 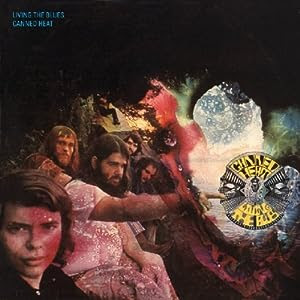 The first Canned Heat record that I'm going to look at is their 1968 Double Album, "Living The Blues." In the current day and age where an album can be anywhere from 30 to 80 minutes on a single disc, if even on a disc at all, it can be easy to forget that there was a time when albums were limited to a mere 45 minutes and that when a band released more material than that, the records had to come with two discs. Mostly double album sets have been the purview of live albums, but there are few things cooler in this world than a properly done double record. Thankfully, this one does not disappoint. 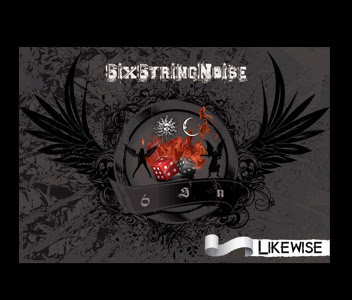 One of my favorite parts of this blog is that musicians seek me out and ask me to listen to their stuff and tell the world what I think.

In this case, a a Greek band called SixStringNoise. They started as a he, Markos 6SN wrote and recorded a debut in 2010, and now they are a they and have released their debut record: "Likewise." This album intrigued me greatly. In the email I received there was a list of American and Canadian hard rock bands as influences, many of whom I enjoy.  I cannot say I've ever heard any Greek Music aside from the bouzouki players at the annual Greek Festival around Labor day in my home town of St. Louis.

I suppose at this point, rock music has gone global. After all, how much of American music wasn't stolen from English musicians who stole it from American blues players?

Album Review: "Wretched and Divine" by the Black Veil Brides 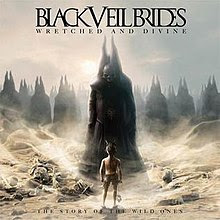 The Black Veil Brides (all men like Twisted Sister) have recently released the first part of a very ambitious project. This concept album will also be birthing a feature length film and a tour in support.

The Black Veil Brides' music has been all but unknown to me, though their name was not. Upon seeing photos of them in a recent Guitar World article, it was hard to even think about taking them seriously. They were dressed like Motley Crue circa 1984 and wore eye makeup like Alice Cooper.

This is not a good look and it's not one to get me interested in what you're doing as, frankly, it's too derivative. What caught my attention was their passion for what they are doing. They have taken a lot of grief for their stage personas, but Nikki Sixx of Motley Crue  has reached out to them (shocker right?) to tell them to keep on keeping on and it appears to be working.

This is an album long awaited by me. Seeing a trailer of the Afterman records was enough for Coheed and Cambria to become a part of my musical library.

At the time, it was disappointing that their double concept album would be released in two parts, and honestly, that is still disappointing. Between the releases of the Afterman, I've also picked up another of their records which clocks in at about the same length as their acclaimed, Apollo album.
I still find that Coheed and Cambria are a bit confusing. Very talented, but seemingly repetitive in terms of tone and vocals, it feels that they have finally broken out of their mold a bit with the Afterman set. Frontman, Claudio Sanchez, still tends to sing in his standard, but larger than life, register for much of this disc, but not for all of it. Though for the life of me, can someone explain to me what they are trying to musically?