Another foray into the blues has to be made. Warren Haynes certainly fits that bill, so you're welcome?

His is a name that is bandied about by people who are not me along with his other band, Gov't Mule. Before getting this record though, you would have never heard me mention him before and had you mentioned him to me, I'd probably have dismissed it out of hand, because I was stupid.

Knowing that guitarists tend to enjoy Mr. Haynes's  music, there was some excitement in the offing for me. Though I really do love shredders, it's also very nice to hear some down home emotive leads, and Mr. Haynes has that in spades.

About 30 years ago, this would have been called a rhythm and blues record, but nowadays it's just electric blues. Warren is accompanied by what could be described as a multitude of musicians for this album.

Album Review: "Heaven In This Hell" by Orianthi

Recently, sitting in the seats of the Family Arena in St. Charles, MO this blogger was waiting for Alice Cooper to begin his set on his latest tour stop in my "hometown." (St. Charles is 30 miles west of the City Proper where my family and I live.)

When the lights went down, the sparks and fire abated, and out walked the band onto the stage. There were three guitarists on stage, but one of them stood out to me. A white PRS guitar was being carried by him and he was wearing a long black jacket, a fedora, and long blond locks. Looking a bit closer it was noticed that he was also wearing stiletto healed boots and he had become she. My mind raced quickly and sadly the cell service was only 3G in the seating bowl, so my mind raced faster than my iPhone searching. but my initial reaction had turned out to be correct. Orianthi was standing on the stage with Alice Cooper as she's been a part of his live band for a few years now. 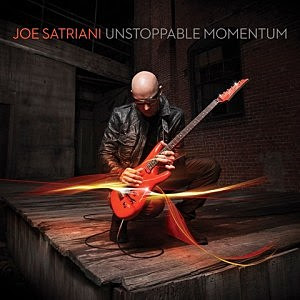 It's certainly been a long time since Satch has graced these ears. Everyone has heard "Summer Song" off of The Extremist. Certainly Sony helped out Satriani in that endeavor...

However, it has been far longer since the wider world has heard anything else from this fretboard master and there is absolutely zero hesitation in calling this man a master or any other superlative that can be thought of. This man not only has a strong catalog of his own music, but he was the guitar teacher of other guitar heroes, such as Steve Vai and Kirk Hammett. The world of guitar owes a large debt of gratitude to Mr. Satriani for his contributions, not only to his own music, but to the music of his now famous students as well. It's interesting to note that Vai took lessons from Satch when they were both children, but Hammett took lessons from Joe after the recording of "Kill 'Em All" to improve his technique, and the difference was striking.

Even though part of this journey is to find current bands to listen to, there will always be a tendency to look back into the past. I'm shamed to admit that not only is this band absent from the library but completely unknown to my consciousness.

Upon a close listen to this record, the song "Bang A Gong" stood out to me as something that's made its way around and into my ears, but it's still shocking to me how this band was an unknown to me. This is another gross failure by St. Louis's Classic Rock Radio. KSHE and the U-Man, I'm looking at both of you, and don't even mention KSHE Classics if you play them there.

That got a little angry there didn't it? Let's try to find the plot again shall we? This album just drips 70's rock guitar tone. The guitar sound that defined the 70's, ike a whetted sharpening stone being put to use, has its muddy paws all over the songs.