Once again it's time to look at an artist submission to Glacially Musical. Checking my email after returning from the hiatus and I have a few bands that would like me to check out their stuff.

First up is Aetherium Mors based out of London. (Gunners fans, am I right?) You have now been warned: The lyrical content of this band is inflammatory. If you are offended by evil lyrics, you will not enjoy this band or this album.

This album was actually released on my 37th Birthday. (I'm not old! I'm 37.) I must apologize to the guys for it taking me so long to get to this review.

They were cool enough to send me the record and now I'm going to check it out for them and for you. 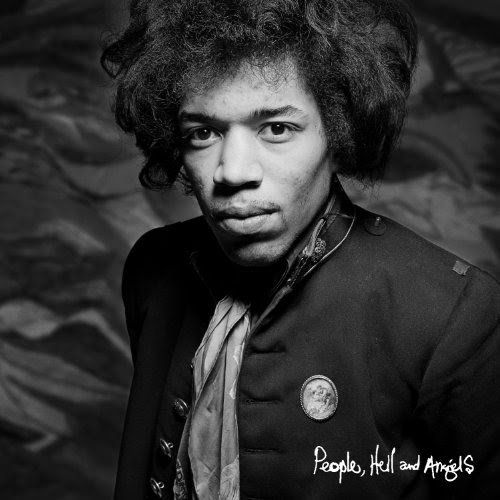 Once more, Experience Hendrix has put together another posthumous album. Their first attempt, First Rays, was their attempt to piece together Jimi's follow up to "Electric Ladyland." The successors to that album have been unreleased material, outtakes, and unfinished songs and "People, Hell and Angels" is no different there. What makes this album different from it's predecessor is the people that are accompanying Jimi on the record.

Like Neptune, there is no single line up of the Jimi Hendrix Experience here, but unlike Neptune, there are far more lineups, and some noteworthy guests. The Cherry People, the Ghetto Fighters, Lonnie Youngblood, and even Stephen Stills are on this album that is presupposed as the direction Jimi was going to take after finishing the tour he was on when he died. This is not an album, but a collection of songs that Jimi recorded over various sessions over the years.

When one is on a musical journey there will always be twists and turns. Sometimes and the idea of an album will take the listener out of their comfort level. In this case, The Slide Brothers are presented. These four gentlemen grew up playing sacred steel guitar in their churches.

This is where comfort zones are tested. They have decided to break with tradition and bring this music to the masses. Popular music is so very rarely equated with religion. Obviously there was Creed and for us older folks, Jars of Clay. As a child of the 80's, it's hard for me to forget the attacks music took.

Even though the inspiration is quite different than the bands that took the attacks, there could be a little blow back, but there is no need to delve too deeply into that here. This album is a very esoteric collection of music.