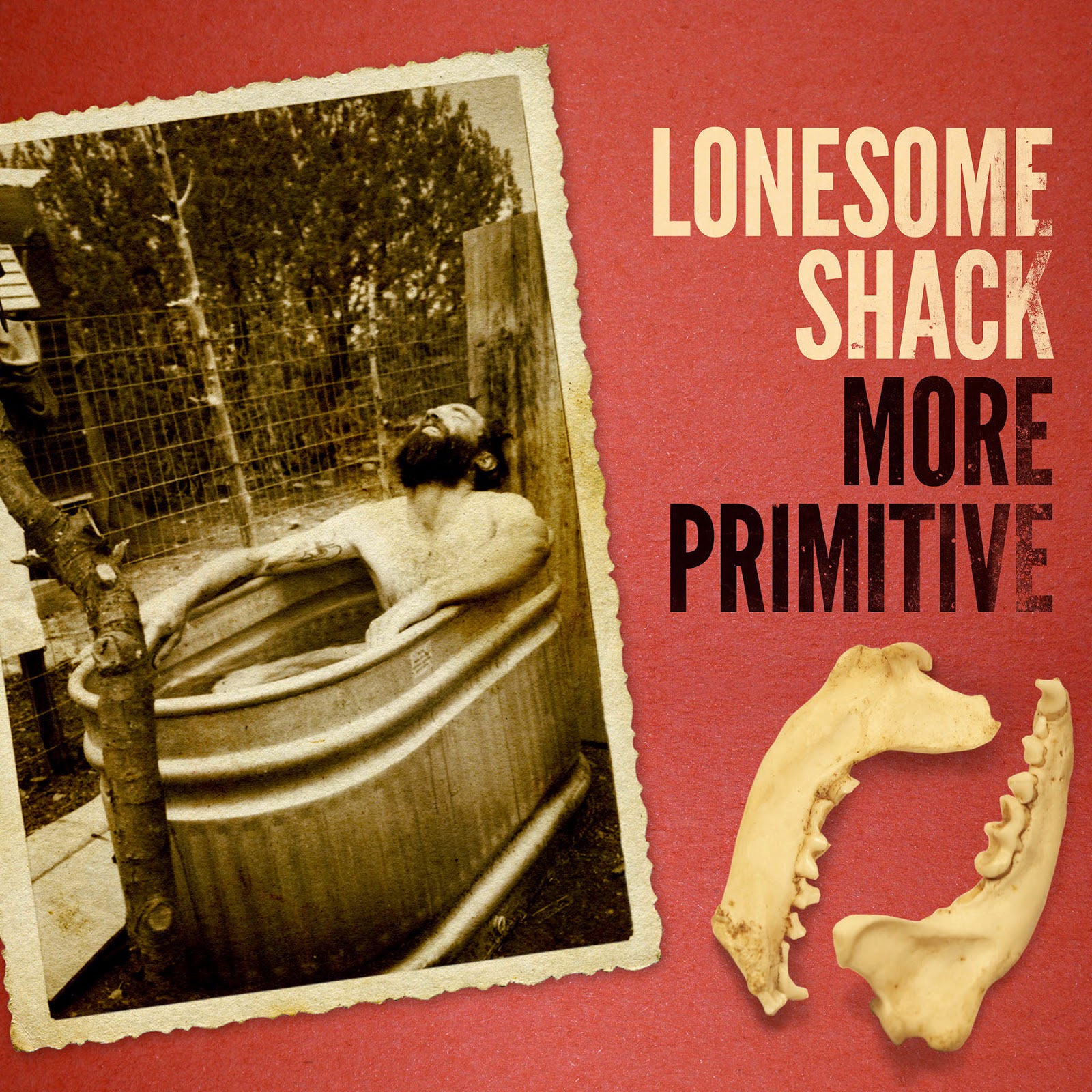 There are record labels that when I hear that they have an album coming that I know that I'm already interested in what it is.

Lonesome Shack is a blues trio based out of Seattle, Wash., but it would never be apparent to anyone listening.

In some ways, it's very nice when things do not change. When a style of music remains rooted in its past and holds onto the feeling, the power, and the structure, then you have tradition.

They tow the lines between 12 bar blues, boogie blues, and country blues, and all points within. Blues has had a bit of a renaissance over the last few years, but mostly Chicago blues with long solos, but this is very different than that. 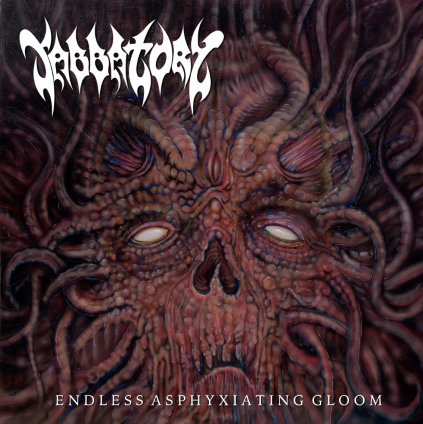 I hope I didn't just bring you down there. This album is rather gloomily titled, but it's death metal and it is what it is. This is the debut effort from the quartet, Sabbatory.

It is a widely held belief that the location of a band will add to its air, its msytique, and even its sound. Consider Black Sabbath came from the poor industrial town of Birmingham, England. Tony Iommi even lost a finger in an industrial accident.

The biggest disconnect between location and music, naturally, is Tampa, Florida, but we're going to let that ride.

Sabbatory is not from a sunny beach town. They are not from an affluent metropolitan area. They are from Winnipeg, Man. If there ever was a cold, metal heart of Canada, Winnipeg would be it. The cold is so unbearable there that during the winter, the people walk in underground tunnels. The cold is beyond oppressive...it's asphyxiating there.

"Gets Loaded " by Hollis Brown 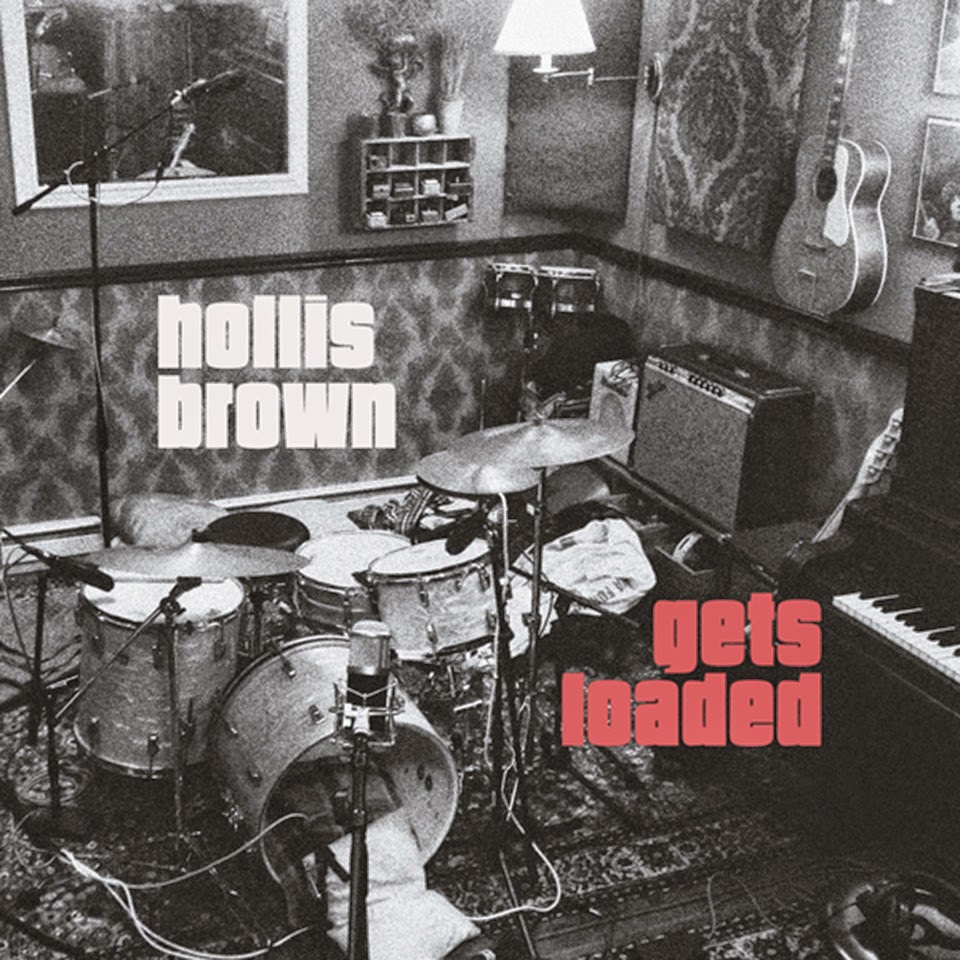 Hollis Brown is a roots-rock band based out of NYC.

They have been described as playing rock music that would have sounded fresh in 1966.

As they are on the Alive-Natural Sound roster, one could expect them to be a bit bluesy, a bit retro, and pretty rocking.

This is their sophomore album to their debut which was released last year. There is a story behind this record.

Originally this started off as a live tribute to Lou Reed and the Velvet Underground in November of 2013. Hollis Brown was invited to the show to play The Velvet Underground's Loaded in its entirety. Originally it was released as a Record Store Day limited edition, it's now getting its own proper release a month later... 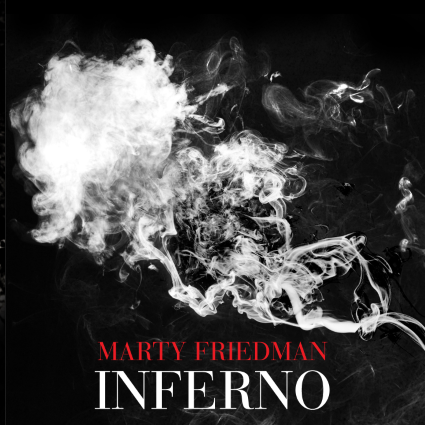 It has been a long time since I've personally thought about Marty Friedman.

I won't speak for you though. The last album he played on that I own I think is Cryptic Writings from 1997. I did see him perform with Megadeth on the Ozzfest in either 1997 or 1998, I forget precisely which year.

Well, where has Marty been for the past 14 years since leaving Megadeth? He has relocated to Japan and started  a solo career where he has released seven albums preceding this release.

I believe my favorite title from this era would have to be Tokyo Jukebox 2.

"Regicide" by Hour of Penance 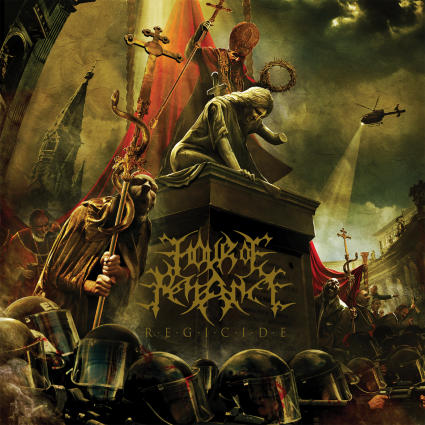 About two months ago, when I was being interviewed for NPR, I discovered there was an album forthcoming with the title Regicide.

Just reading the title of that album, I knew that I had to hear it.

Emails were sent, approval was granted, and here we are. The album is by an Italian death metal band called Hour of Penance. Formed in 1999, Hour of Penance has released five previous albums and do not appear to be ready to mellow out.

Death metal has really returned with a vengeance in the current era. Aside from the newer deathcore, hyperdeath, symphonic-hyper-ultra-melodic-thrash-deadly-death metal, there has been a resurgence in American, if not Tampa Bay, style death metal. It warms my heart to see and hear that the extreme metal I grew up with has not been forgotten.

"Back to the Camper" by Bob Wayne 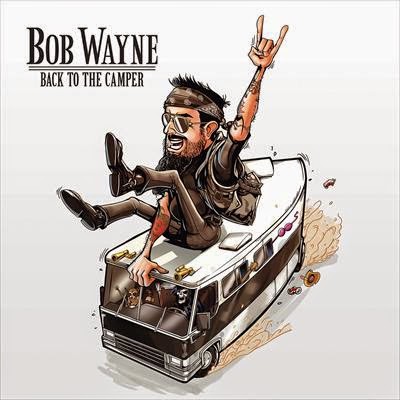 Would you believe that for the first time at Glacially Musical we are reviewing a country record?

Well, I assure you that it's a fact.

However, Bob Wayne doesn't identify as a country music singer. I think this might be why.... It's really hard to blame anyone for not wanting to be associated with that absolute claptrap.

Bob Wayne, the Renegade Carnie, considers himself to be an amalgamation of all sorts of musical styles, metal, rock, punk, and yes country, but to me this is a country record through and through.

I would imagine that this would give some people pause, but this is more Johnny Cash, George Jones, and Hank Senior than Blake Shelton, Carrie Underwood, or Taylor Swift.

"Future Former Self" by Chappo 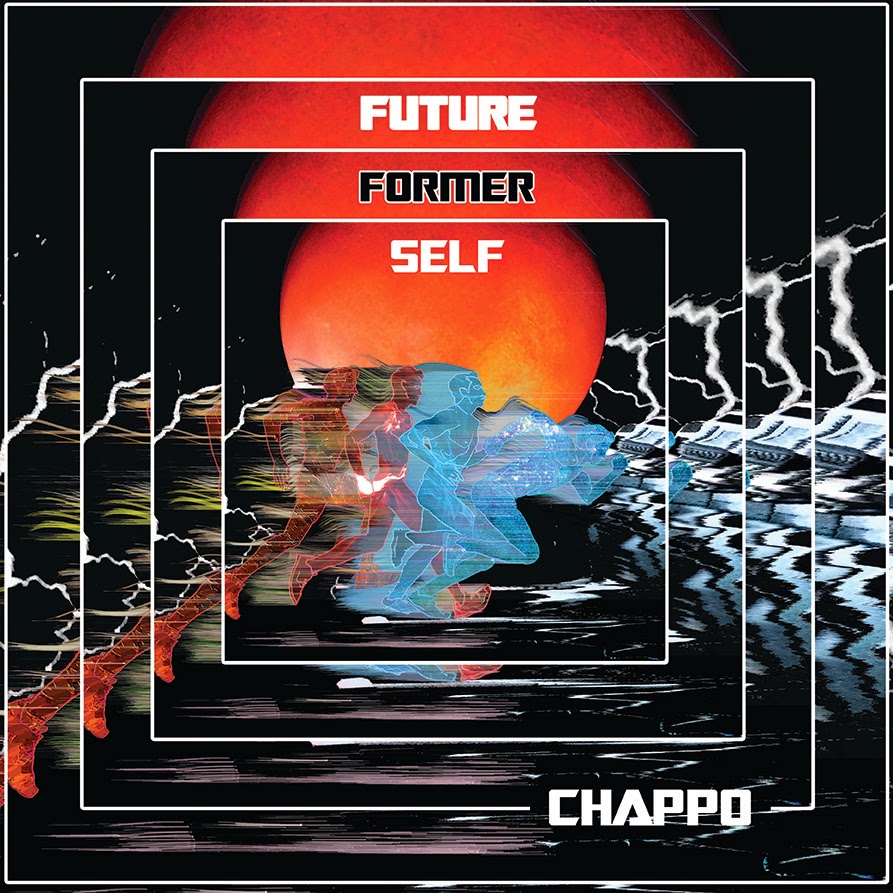 Before you read anything, please click the album cover to the left. It's one of the coolest covers I've seen in a long time and seeing it for the first time today all blown up...well it's just awesome and you need to see it big.

Now that you've been properly wowed by the cover, let's move forward. Do you remember our friends from Chappo? These fellows are from Brooklyn, NY and make some sort of music that's kind of hard to make out what it really is.

There's some Doors in there. There's a little Jimi Hendrix in there, but just a little. Then there's the vocalist and there's really no telling what that man is doing or who his influences were. It doesn't feel like this band is a sum of anyone else's parts. Very often, we can listen to a band and pick out why sound like this, or why they used that drum fill, or how they got that guitar sound, but Chappo defies that. 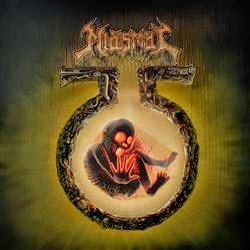 For our consideration today,  here is the latest release from Gothenburg, Sweden, Miasmal.

Cursed Redeemer is their sophomore album and their first for Century Media.

Upon first listen it's not entirely apparent that they are not from Tampa Bay.

Their sound, their feel, and their anger are very reminiscent of old school, Florida styled death metal.

"Calculations of the Ancients" by Super Massive Black Holes 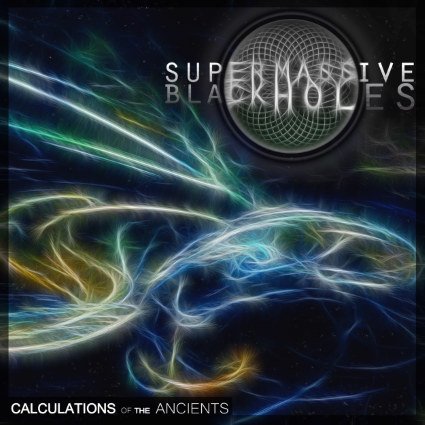 This is another Canadian metal band. For some reason, I never consider The Great White North when thinking of finding new metal bands.

Every time I have been north of these United States I have found the Canadian people to be polite, friendly, and not really all that angry.

I suppose I'd be less angry to if I knew that every sixer of Molson Export Ale I bought went to help pay for my health insurance...

Here we have their debut record. This is the chance to jump onto a bandwagon that has yet to even be built! Don't miss out.

It's really hard to describe what sort of band this is, which is great. In the end, they are a metal band, but not a garden variety of any sort....unless you're a fan of Tosin Abasi... 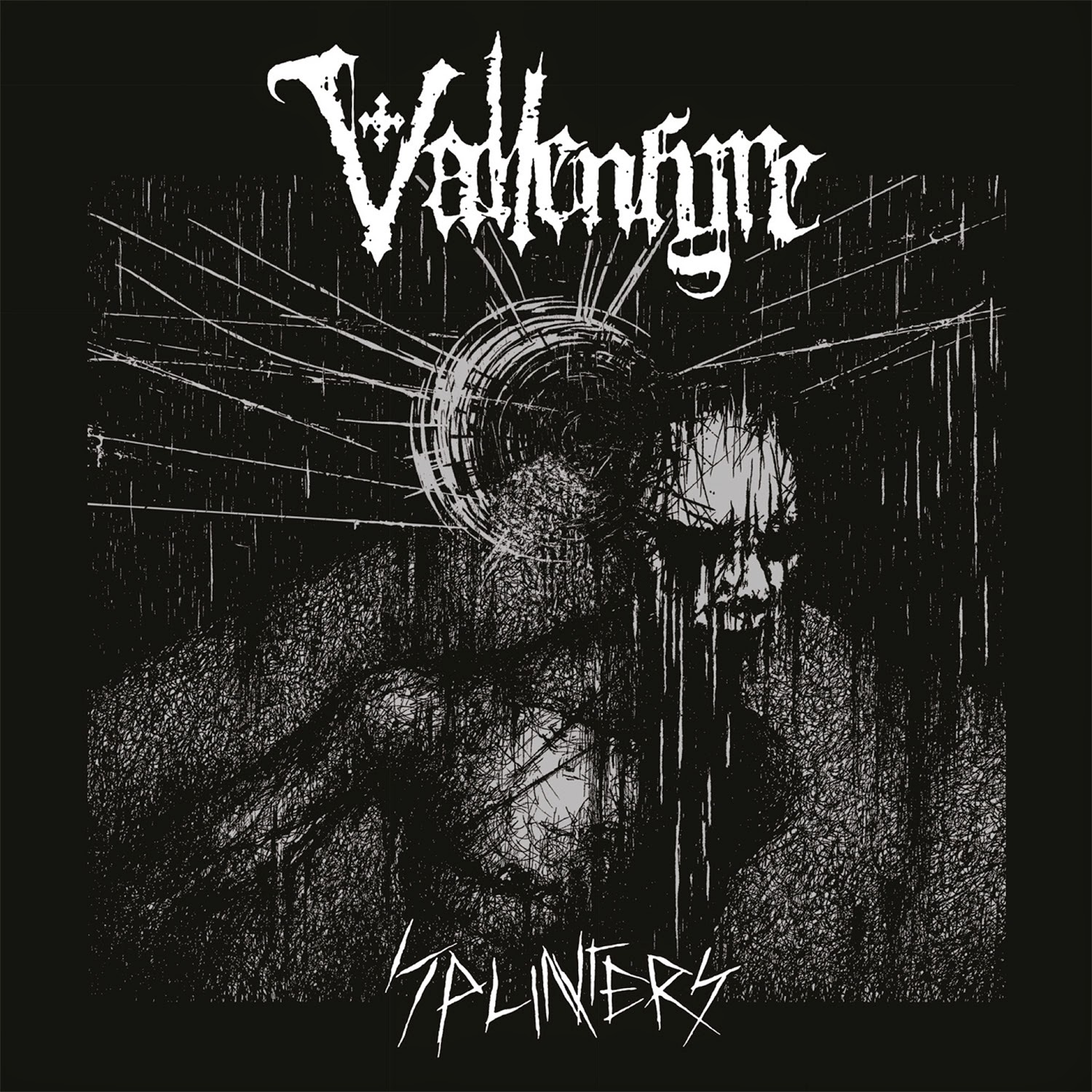 Vallenfyre is a side project.

Paradise Lost's primary songwriter, Greg Mackintosh, started the group a few years back. Today we we have their second full length album.

The group was the "natural" reaction to Mackintosh losing his father. He put his feelings into verse and into chords.

Mackintosh is joined by Hamish Glencross of My Dying Bride on rhythm and lead guitar, Scoot of Doom on bass guitar, and Adrian Erlandsson also of Paradise Lost and more on the drums.

Vallenfyre has looked to the past for inspiration: Napalm Death, Bathory, Hellhammer, Celtic Frost and more, but more is added to the pot to make the band something different than any of those bands. 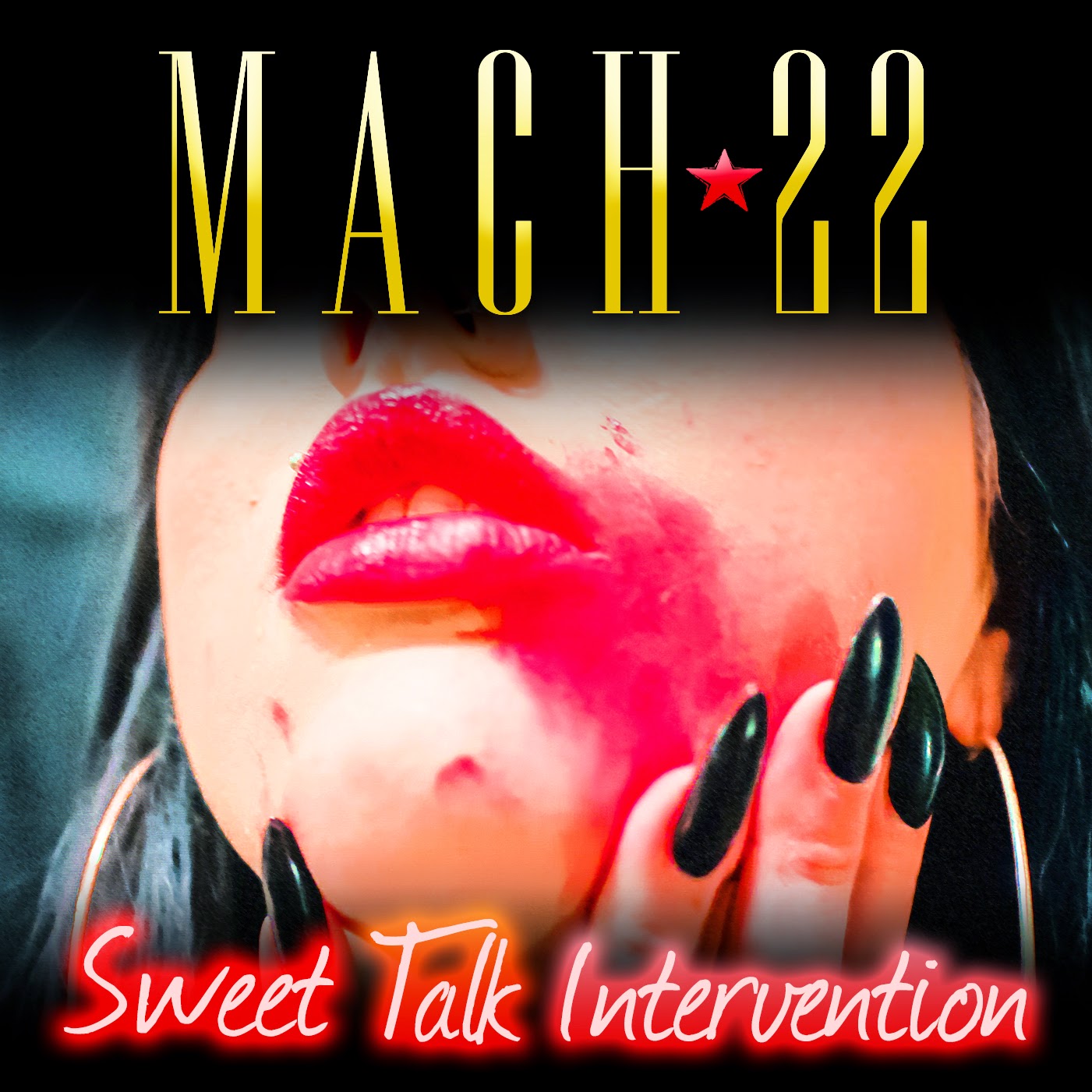 For your approval, I have put forth the debut album of Mach22, a hard rock band from Philadelphia, PA.

It's with a bit of hesitation that the label "hard rock" is used, because this band is arena rock through and through, but at this stage of the game, it is not easy to see them packing a 15,000 seat arena, or even a 7,500 seat arena.

(Rockford, I'm looking at you and the Big Orange Box.)

The band is self releasing this album.

Bands that take it on themselves get a large amount of respect from me, and honestly, their albums always get special consideration from me. This album was recorded in Nashville, Tenn. and produced by Jeff Labar, so there's the arena rock cred. 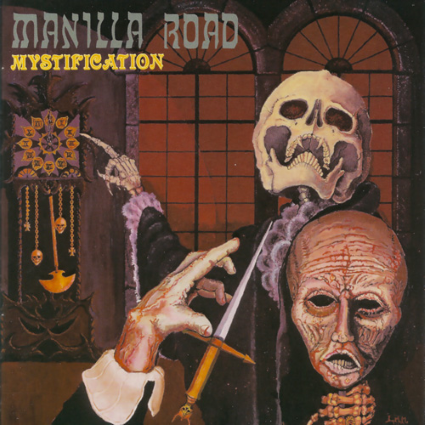 This is a classic edition of Glacially Musical. Shadow Kingdom Records is re-releasing (again) the sixth album by Manilla Road, the most metal band ever to come out of Wichita, KS.

This is my first experience with this band. The trio was started by Mark "The Shark" Shelton in 1977 while he was still in high school. They would go on to record nine albums before going on hiatus in 1990.

"Mystification" is their sixth album in a very impressive catalog of music that has been recorded in both incarnations of the band.

Am I the only one who can't help but think of those brown papers from elementary school? Manilla paper? Seriously though, this album is a classic record for a band that deserves more renown than they have.