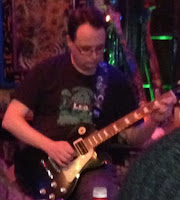 He comes from the oldest of old schools as an UMSL Graduate, founded in 195...something or other.

Besides hiding upstairs listening to vinyls and playing video games whilst drinking and ever changing variety of beers he's a devoted father of one, a St. Louis City resident, an avid fan of whatever hockey team is in front of him, presently the St. Louis Blues and St. Louis Jr. Blues.

Between album reviews he ponders his own mortality, fumbles around on the and wonders how he can stop being such an ugly chud. 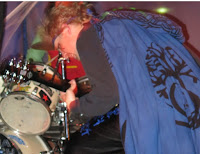 Danny Nichols has been hopelessly addicted to hard rock and heavy metal since age nine when he first heard Metallica’s "Master of Puppets".

He embraces all subgenres of rock from Elvis to extreme metal, with a very broad definition of what is metal and an even broader opinion of what is good. His list of favorite bands changes twice per week, but almost always includes Iron Maiden, Hammerfall and Motley Crue.

Danny has been a member of two rock bands, both of which were absolutely awesome, however neither of which were recognized as such by anyone outside of the band. 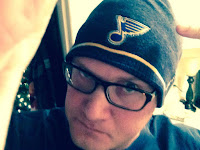 Our newest contributor is Sean Jeffries. We have assigned him to the modern rock beat.

Our newest contributor is Sean Jefferies. We have assigned him to the modern rock beat. Doting father, music aficionado and rabid St. Louis Blues fan.

Dabbles at the guitar but only enough to be annoying. Hopes to one day get out of the house, ask him to go grab a local beer! "I'll listen to anything!"