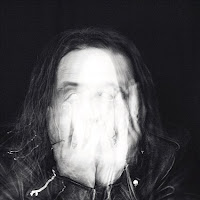 Well, how long has it been since I really listened to any industrial music?

It has to have been at least five years. It's just not something that strikes me like other genres of music do.

When it's done right, it's something that can be ever so enjoyable, but I lose interest when it's not done on,  you instruments.

Then it becomes more like hip hop to me which I don't listen to for their musical prowess, in most cases anyway. So, 5 R V L N 5 (pronounced surveillance) isn't like my Industrial Yardstick, the seminal Psalm 69 by Ministry.

It's kind of like what would happen if Al Jourgensen were on the pot rather than sounding like he's knee deep in speed.

It's an intriguing listen for sure. 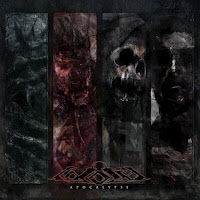 Seeming like we're taking some small bites this week. Well, last week it was goats and this week it's extended plays without any goats in them.

Don't worry my friends, we're going to find some goats again. Let's dive into Apocalypse. The promo kit lists this as death metal.

Oh boy howdy is this death metal. Portugal's Colosso gives us death metal at the speed of having a terminal disease.

The whole album is like that. Slow, but fast, and still slow. Thick as the blood we're coughing up. It's the first band that's reminded me of Dusk...since I heard about them last year.

There's no Morbid Angel or Deicide in this band. It's pure anguish over the course of a very painful 20 minutes. This shorty just makes me hungry for more punishment. 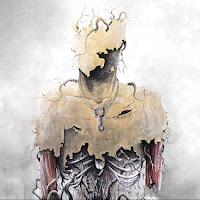 When doing this, it can be wholly overwhelming with just where to start. There is never any lapse in content, pitches, albums to review, etc. That's why it's important to make relationships, even if those relationships are one sided.

Willowtip Records is one of those labels that's been able to consistently deliver quality. Last year, I purchased a 3 LP grab bag and that stuff was amazing. They don't seem to have a specific niche apart from extreme metal.

In March, they're dropping the debut LP of a post black metal artist named Aodon and, like everything else, it's stunning.

This album touches all the points that I'm looking for as a fan of music. It's brutal as hell, but it's as equally melodic. It never stops being angry, but there's an overt, while gentle, tug at the heart strings. When it goes from blastbeats and screams into melancholy arpeggios, you'll see exactly what I mean.

There's nothing more that could be asked of for this record. 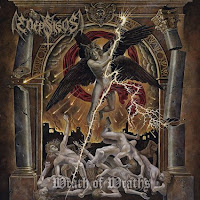 What kind of insane person wouldn't to at least preview something released on Osmose? Certainly most of the world would consider the inverse, but whatever.

What if though, the riffing was somewhat similar, in parts, to Morbid Angel in the good old days?

How could you consider death metal that takes an lucid, smoke breaks as it were? That's what this album seems like.

The vast majority of it is that common explosion of anger we all know so well, but then there's the moments where the mind takes over and reigns it all in.

Perhaps a little melody or riff buttressed by dexterity in order to lighten the mood a little?

Rating B+ Bandcamp Facebook
Posted by Nicholarse B of S at 8:00 AM