Beam Me Up Scotty with Pepe of BornBroken 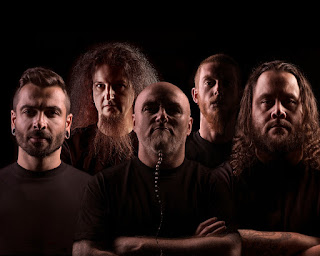 It's a good time to get in a little Star Trek Talk is it not?

It's been a bit too long if you ask me.

Should you be interested, and you are, stream their latest record, The Years of Harsh Truths and Little Lies on their BANDCAMP.

Rub your Loonies together and get a copy.

1. Star Trek is the world's most perfect universe. In what show (era) would you be the happiest? Why's that?
BB: The Next Generation era cause I would love to hangout with Data and Captain Picard haha!!
2. In the second season of The Next Generation, Commander William T, Riker had to prosecute Lt. Cmdr. Data on whether or not he was sentient and not property. Where do you stand on this issue and why?
BB: I never thought that Data was a property he is more part of the team I think
3. The only time we ever got remotely heavy music was on the bus in Star Trek IV. Why do you think they've not pursued heavy music?
BB: I donʼt why metal is the music of the future haha
4. In the Star Trek TNG Novel, worlds, universes, and centuries collided when Peter David posited that Trelane from The Squire of Gothos, was actually a member of the Q Continuum.Do you think that's anything more than simple fanboyism?

BB: To be honest I didnʼt read that novel so I canʼt really have an opinion on that.

5. What's the most metal alien in the Star Trek Multiverse?

BB: Klingon cause with their looks and languages it could be very metal also the Borg could be a good industrial band and even the Vulcans would be like what heavy metal musicians are like very calm and quiet in real life but when they are on stage they destroy everything haha!!!
Posted by Nicholarse B of S at 2:00 PM

Email ThisBlogThis!Share to TwitterShare to FacebookShare to Pinterest
Labels: Beam Me Up Scotty, BornBroken