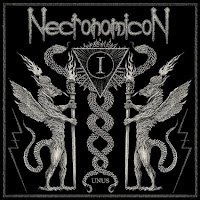 Remember Chicken Soup For The Soul? It would seem improbable that they had a tome for the metal fan, but many times that's precisely how it feels to me.

Today, we have a new record by Necronomicon.

They remind me of bands like Kiss. Because in being honest, there's nothing here that's awe inspiring, wow inducing, and they never kick anything out that makes me stare at my speakers.

That's fine and dandy. These Canadians don't need to tread a new path in order to make awesome music. Their fierce brand of Traditional Second Wave Canadian Blackened Death Metal was the perfect antidote to my morning and that's enough to make me put this one on my to buy vinyl list. 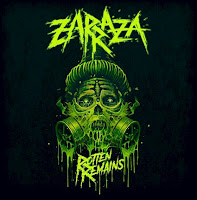 Looking now at the nation of Kazakhstan for some metal. Let's not make the easy jokes...

It's always fun for me to discover bands out of different parts of the world that perhaps don't get much publicity outside of their respective scenes. As the only international flavor at Glacially Musical is that of the bands, it's nice to bring these bands into the minds of a new audience.

This is an EP featuring old songs newly recorded. Well, there are times when that's really worked and times when it really hasn't.

Where Zarraza really nails it for me is their ability to alternate between Black Dahlia Murder heavy, Steve Harris basslines, and Carcass melody.

Their technical prowess has enabled them the write dynamic songs that didn't give me a single bit of listener fatigue. Brutal and beautiful. 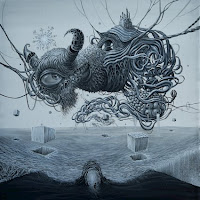 During my whole life, I've been asked, how do you listen to metal when you don't even know what they're saying?

In the wise words of Napalm Death featuring Bill Steer, that's why they include the lyric sheets, right? Metal is now and has always been its own language. Consider it an angry dialect of the universal language of music if you will.

Today, in a Glacially Musical first, I'm listening to Doom/Death Metal in Italian. (Keep your eyes peeled for some more Italian metal next month too....)

What we have is a band starting their career as an entity. Just like considering how kids are growing up faster these days...the rate at which modern bands mature is approaching light speed.

Esogenesi has already created a brand, a sound, and presumably a look. It's death metal, slowed down, fuzzed out, and then made sad.

If you need to feel like your kitty just died for about 45 minutes, look no further. 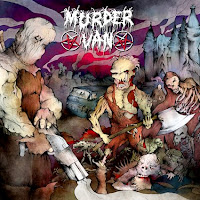 Sometimes it's nice to find yourself falling in love with one of your absolute favorite bands all over again, but the other whole rest of the time, it's best to continue to find new music...because what if your favorite band brings in two guys dressed up like the previous guys and no longer know or care to write new music?

So, the three guys driving the murder van have been friends since I was in high school, but it's taken them decades to write and record a debut album.

In that time, all sorts of things have happened, but few of them come close to what these three dudes have accomplished on this album.

It's a thunderous and slimy. Metal bands have a hard time playing sloppy, and this isn't sloppy, but a few cents away from proper. Many of those big bands we love ever so much, need to loosen it up a bit.

That's what we have here. A loose record full of great songs.