Do you remember when you first started owning music? I do. In the span of four days I got my first two records. The first was "Live Evil" by Dio fronted Black Sabbath, but the second was "Led Zeppelin III." I wore that cassette out. That began my fandom of the greatest band in the history of the world, Led Zeppelin, not that Black Sabbath was shabby!

I've always had a spot for 70's classic rock really. I could talk about that for the next ten years, but that's not what today is about.

Today is about Led Zeppelin and I just finished watching the blu-ray of "Celebration Day." Page and the boys took a page from the Doors and didn't include what should have been the title track on the release, but I'm not going to judge.

I can remember 2007. Out of nowhere, it was announced that Led Zeppelin, with Jason Bonham on drums, would be reuniting for one night only. Over 20 million people put in for a lottery to get tickets to the show. I always said that I'd give up a kidney to see them play and this is coming from a person who saw Page and Plant and that was awesome, but sadly it was one of the many near Led Zeppelin moments. I remember watching the internets for weeks in the hopes of a tour that never came. Being in St. Louis, I didn't get to see or hear anything. I do realize now that I could've just popped onto YouTube and probably seen bits.

Album Review "Welcome To The Breakdown" by I Fight Dragons

I Fight Dragons came on my radar when they came to town on tour with MC Lars. Yes I know this is the third CD I'm reviewing from that show. Yes I know this another EP, but I bought four that night! All of them were only five bucks.

How could I not walk out with something by all of the acts?

This group is interesting. This is the first Chip Rock I've ever heard, but for categorizing purposes, I'm just going to call them modern rock. A large part of their sound comes from the use of sound chips from Nintendo and Super Nintendo cartridges. What makes that even more fun is that they don't sample them with just a touch of a button, but they use controllers from both systems, including the powerpad and a guitar hero guitar controller while on stage to click the samples.

What they end up with is a poppy, nerdy, and fun type of music that I really enjoyed. It's about to get brutal up in here. Carcass are, well were, some pretty heavy boys. I had this album back when it was fairly new in the 90's and like many others, it slipped away from me. Even though I'm in my thirties now, I still like to blast some metal. A big part of that is because I love guitar. Many of the best guitarists play metal, so that's where I go to find it. Though I have to say that long gone are the days of my being in a mosh pit, stage diving, having long hair and piercings, etc. Sad isn't it? An aging metal guy.

Carcass has long since broken up and I have to say that this is pretty much a shame. Although this album is prototypical death metal, or grindcore, or whatever, it's more than just something like Cannibal Corpse and those kinds of guys. The first death band I got into was Morbid Angel. There's a group of guys that fall into every trap imaginable when it comes to death metal.... 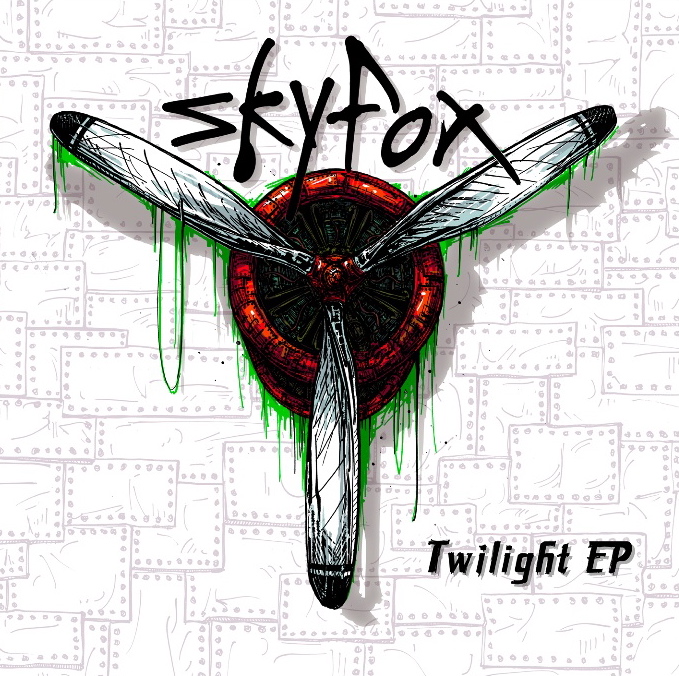 It seems like I'm doing a lot of reviews of EPs doesn't it? Well, normally I'm not really a purchaser of EPs, but I just seem to have found a few in my possession lately...and there will be at least one more EP reviewed in the near future....

Here's a band that under normal circumstances would have stayed far outside of my radar. I discovered Skyfox because of MC Lars who was coming to St. Louis on tour with I Fight Dragons. Upon learning of the line up of bands, I did some checking. Between my friends and I that were going, none of us had ever heard of Skyfox. So, I checked them out on Youtube and honestly, I wasn't overly excited.

Upon arriving at the venue, I went over to the merch tables, manned by the artists themselves, and picked up three EPs, but not Skyfox's. We then listened to the opening band and had a beer or two, but as soon as Skyfox kicked into their first song, and the singer was swinging a sweet Gibson Les Paul Supreme, I just got it and I went and picked up this CD.

One of the things I've been trying to do over the past few years was expand not just the size, but the scope of my music library. For a long time, I really didn't have much rap to speak of, save the Beastie Boys, and I still don't have a lot.

I'd have to say when I look at my music library by genre on my PC that it's third to last in front of Country (all Johnny Cash) and my newly added Blues category, but as long as mc chris and a host of other nerd rappers keep coming out of the woodwork, it'll keep growing.

What we have here is the latest release by mc chris. This is a four song EP, that was released on Black Friday 2012, which is all about Batman's friends. Normally, the content of mc's songs really speaks to me because I'm into those things, but I have to be honest here, I've not been a fan of comic books since I was little. 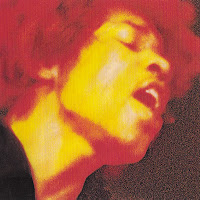 The godfather of it all. Call this a slight tribute to the man who changed everything, and who's got a new record coming out next year, his third posthumous release under the Experience Hendrix label.

I love Jimi Hendrix, but I never had much in the way of his studio albums. I mean, who doesn't have "Are You Experienced?," but I never had this one or "Axis: Bold As Love." This is something that I'm working on fixing as we speak. I've had several live albums, some greatest hits collections, but there's something special about hearing the music as the artist intended on the original albums and Jimi was definitely an artist. He was a true genius and a true believer in what he sang about. This album was the last of the Experience, and the last studio release of Hendrix's life. It was, in more ways than one, the beginning of the end and a perfect swansong. 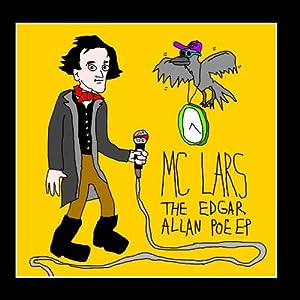 This one is another late arrival to the party I suppose. This disc has been out for months and months, but I just got it. I originally came across MC Lars when he was on the bill for the first mc chris show I attended. I ended up buying his latest album after that, and then became a fan. I was trolling his website awhile back and came across this EP, but forgot to buy it.

A while back MC Lars tweeted me that he'd be here with I Fight Dragons at the Firebird. Well, as I hadn't had the chance to see a nerd rapper in St. Louis yet, I made sure to get down there with a couple friends of mine. Quick note before we stampede off here, I had the chance to meet with MC Lars at the merch table and during the headliners and I have never met a musician so gracious, so humble, and so willing to give his time to those who want it.

Album Review: "Living Like a Runaway" by Lita Ford

I read about this album in the where are they  now column of Guitar World. I confess that I was rather interested in this although I cannot honestly say why. I never really much enjoyed Lita Ford aside from the two really big tunes she had. I suppose the story of her husband turning her sons against her intrigued me.

Well, I didn't buy the album because of that article, but flash forward a few months and I was staring at Lita Ford and her band in the Chaiffetz Arena and they were just killing it, aside from the drums being too high up in the mix. The wife and I walked to the merch table right after her set was up and bought her CD. Now that I've gotten older and shirts more expensive, that's the kind of thing I want to take home with me. The album. So I did just that. I thought she had earned it.

Read more »
Posted by Nik Cameron at 9:30 AM No comments:

Back to Steve Vai. I made mention in my previous post that I didn't have enough of his albums, well here is my latest purchase. Mr. Vai continues to amaze me on all of his records.

Whereas the previous post was about his current album, this is about its predecessor, and the first chapter (or third) of his rock fable that's told out of order, or maybe in order. He's not quite clear on that one.

Like the other album, it's a mixture between an instrumental record and vocal songs. I think over time Steve has learned to be satisfied with what his voice is and is now comfortable singing on a couple songs each album. It certainly does break up the monotony of the awesome guitar solos. I suppose this album tells the story of Captain Mason Drake as well, but like with what I learned from it's successor, I chose to simply ignore all of those details and just focus on the music.