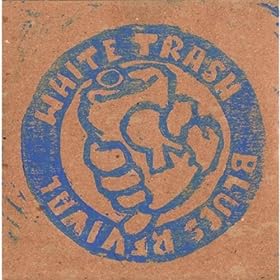 Remember when you were just a little one and you built musical instruments because, hell, you were only eight and it was fun. Personally, I built some "drums" out of two pieces of plywood and used a pair of swizzle sticks  (remember those?) as drum sticks. They worked great because they had little balls on the end of one side...JUST LIKE REAL DRUM STICKS!

Well, imagine if you were a professional musician and at a bar you frequent/play frequently that they were having a best of the worst bands contest. Would you ever conceive of calling your buddies and asking them to create something horrific as a joke. Like the drummer not even playing drums, but an empty beer kg, a bucket, and a cardboard box instead? Or the guitarist not even using a cigar box guitar, but a skateboard with pickups? Well that's what Sausage Paw of Left Lane Cruiser did. It worked so well that after a 20 minute set, they were booked for real and a band was born.

Read more »
Posted by Nik Cameron at 8:27 AM No comments: 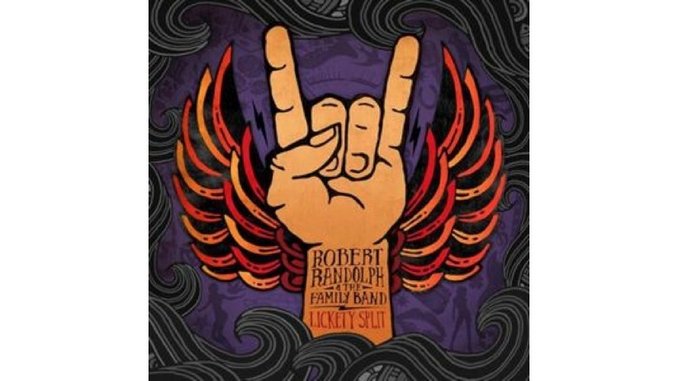 Now this is some exciting stuff to me. Do you recall The Slide Brothers review from a couple months back? This would be the man that could be qualified as their mentor. Robert Randolph was the first person to bring the sacred steel guitar outside of the churches and into the public view, but his music is very different than that of the Slide Brothers.

This could quickly turn into five hundred words comparing and contrasting these two albums and it very well shouldn't be, so the last comparison will be whereas The Slide Brothers play bluesy hymns, Robert Randolph and the Family Band play wide open blues influenced rock.

Instead of Robert's slide guitar being the primary instrument, it's one of many instruments, though featured and this album features a great many guitar solos, both by Robert and Brett. Rob Zombie is now an elder statesman of metal. He can only be about four to five years away from Alice Cooper like acceptance amongst the elders of America.

It's still a bit difficult to think that twenty three long years have passed since this man's  music first came into my life, White Zombie's "La Sexorcisto." After that album though, they swung in a decidedly techno direction with "Astro Creep" and then moving even further to the darkside with the remixed version of the same album. It was hard to not be offended if you were a young metal head.

Rob then went solo and put out "Hellbilly Deluxe" which was even more of a techno album than the last two White Zombie releases. At this point, Mr. Zombie was dead to me, but here we are about fifteen years into his solo career with the latest record. I was drawn to this album because of Mr. John 5.

"The Devil Put Dinosaurs Here" by Alice In Chains

Remember Alice In Chains? The last time that this band had any relevance to me was when Jerry Cantrell opened up for Metallica on the Re-Load Tour.

Before that it was when Alice In Chains opened up for Kiss on the reunion tour. Honestly, neither of these performances made a believer out of me. Having seen both of these acts does give me a bit of insight on the artist of the day here, Jerry Cantrell.

In the end, Layne Staley may have been the face of Alice In Chains, but he was not really the voice of the band because he just said what Jerry told him to say, at least in the songs where Jerry wasn't singing. It's easy to forget just how much of this band really is Jerry Cantrell. Some of their biggest hits were either sung all or in part by Jerry.

Email ThisBlogThis!Share to TwitterShare to FacebookShare to Pinterest
Labels: Alice In Chains, Grunge

This album has a really cool cover. It caught my eye and then a google search was done to find out something about this record. Google came back with it being an indie lo-fi album.

The moment when I became a fan of lo-fi rock is very clear to me. I saw the Black Diamond Heavies at the Schlafly Tap Room opening for Exene Cervanka and The Original Sinners. Since then the audio quality of my music library has taken a hit, but often times for the better.

A good lo-fi record, that has well written and crafted songs, can wonderfully encapsulate and "recreate" the vibe of early rock'n'roll when dirty guitars weren't created by stepping on your distortion pedals, but by diming the knobs on the amp because volume was more important than clarity because even though they were playing professional gigs, the musicians couldn't afford amps big enough for the place. Ah, early rock'n'roll and blues and it's amazing how a Lo-Fi record can capture that spirit! 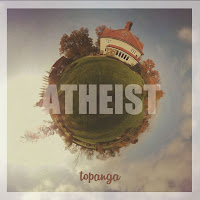 I've said it before, but the coolest thing about this hobby of mine is when an artist emails me and says that they'd like me to hear their music. So, once again I'm taking a look at some music I'd never heard of but received via email and that's totally cool.

The artist is question is Atheist and his album is "Topanga." Yes, he has an affinity for Boy Meets World. I was never a fan of that show because Fred was the best Savage.

This album touches on such pertinent topics like Topanga, The Warriors, James Franco's Ph.D's, hipsters, organic weed, and Drake "freestyling" with the aid of a BlackBerry. (Off topic: Am I the only one who sees Drake and wonders how Jimmy Brooks got out of the wheelchair? Degrassi Jr High rules.)

This album could best be described as old school hip hop done by a new school rapper. Keep reading to find out what the hell that means.

Album Review: "You Can't Fall Off The Floor" by What Made Milwaukee Famous From time to time, we all hear about bands without really knowing why that's happened. It would be the most appropriate for this to be said about the Austin, Texas outfit, What Made Milwaukee Famous, by me. It should be highlighted that this group is not in fact from Milwaukee, nor did they make Milwaukee famous. Their name was taking from the Jerry Lee Lewis song, "What's Made Milwaukee Famous Has Made A Loser Out of Me."

In most normal cases, these group would not get much of a second look from the likes of me, but upon watching their video on Youtube, it felt like there was something there that was really worthy of a second look. It very well could have been the quite well done music video. It could have been the catchy hooks and vocals. All in all it was probably the fact that this group can write a damned fine song. This was the group that caused me to stop buying CDs only. This album is not available in a physical form, but on iTunes, Amazon, etc as MP3 only.

Email ThisBlogThis!Share to TwitterShare to FacebookShare to Pinterest
Labels: Garage, Rock, What Made Milwaukee Famous Looking backwards in time and thinking of Patricia Kennealy's book. In that book, though she famously loved the Doors and Jim Morrison, she referred to Jefferson Airplane as her favorite band.

How is it that their music has never graced my stereo?

Well, that's about to change. I won't even go into that time I saw Starship live whilst working for Kiel Center. It's frankly just too painful and frankly, there's not much I could even recount about it now as that show as in 1995....

The Airplane, as we all know, is a psychedelic band from the late 60's that featured the inimitable, Grace Slick. It is equally pleasing and infuriating to me that Grace Slick has stuck to her guns about not performing after she had reached an advanced age, by rocker standards anyway.