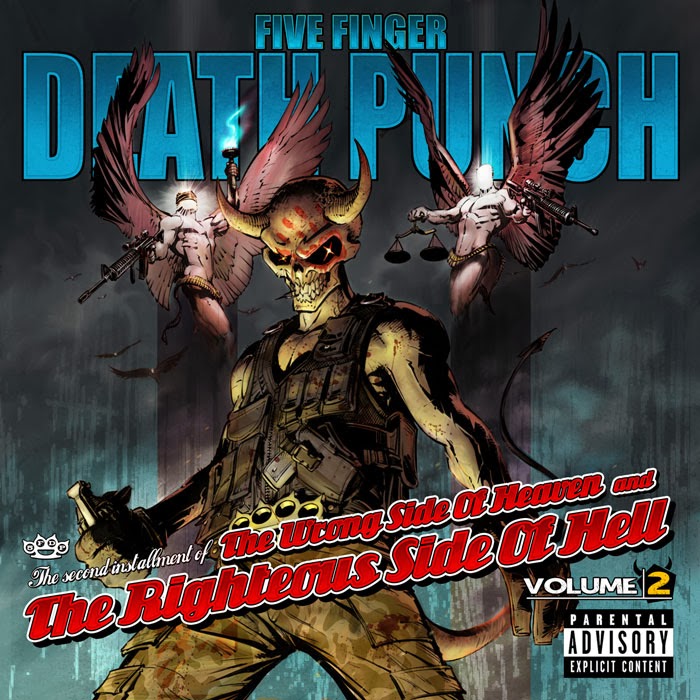 As has been detailed a great many times on this silly blog of mine, there's been a long time disconnect with new music. Sadly metal has taken the brunt of my choice to pull back. Far too many of the bands have stupid names or they didn't look metal.

Real metal bands have name like Dying Fetus! They also have long hair without dreadlocks.

Well, Five Finger Death Punch doesn't dress metal. They don't have a metal look. The singer looks like the dad from That 70's Show and the drummer looks like he aged out of The Outsiders. (Just thinking out loud, is that Chutulu trying to kill the bass player?) So this divergence from what is traditionally considered metal would make the music crap right? Well, it was certainly high time to find out. No idea what the deal with Vol. 1 and Vol. 2 of this record is. It surely doesn't seem like this is an overarching concept album that takes two volumes to finish...so someone fill me in here.... 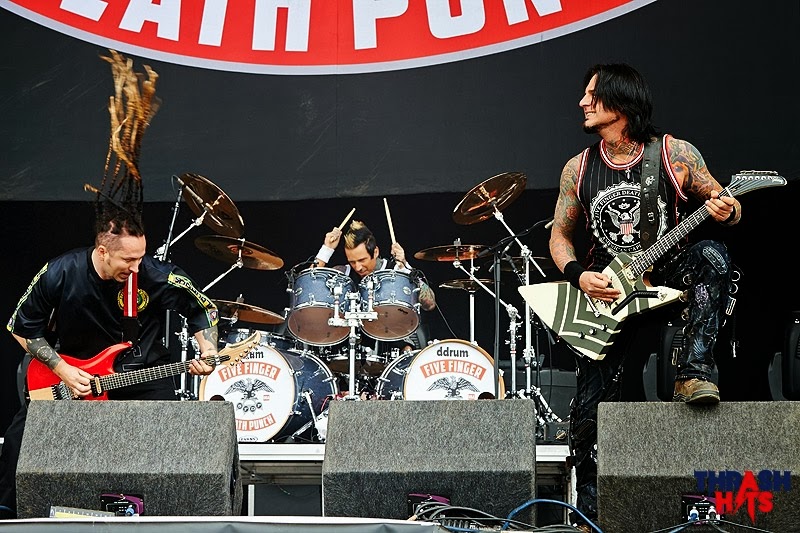 This group has a great tone. As a good friend of mine once put it, like a lot of metal bands, this group is tighter than a frog's ass. The synergy in this record is beyond palpable. It is almost as if that's the sixth member of the band.

For a band who has death in their name and who has such a great love of weaponry, it was unexpected as to how mellow this record is. (That might just be compared to Carcass...)

There are some great moments of brutality and blast beats, but the level of heavy in this record sits a bit above Metallica, and perhaps just shy of Slayer, for the most part. There are segments where they get a bit heavier than Slayer.

There's a great element of groove on this album, even in the chugga chugga riffs. The song "Let This Go" is especially grooving. It would seem that metal has evolved. There is now an expectation of danceable musicality that kind of has to be there.

So, it appears that the only person hurt by my avoidance of this group was myself. I will be following their career from here on out with great interest. This record, and the others I have picked up have definitely been great. They have a formula that they can execute to perfection.