Based somewhere in the great state..er prefecture..? No, province of British Columbia is a band that's peopled by a single human, Justin Pierrot. This just proves there are French people all over Canada.

Stormland has been busy doing what I've been pining for...extreme metal songs about nerdy things. Lately, he's been on about Gundam...A Lot.

What's important though is that when you write a song that's a "reference salad" (TM MC Lars) it has to be a good song that can be enjoyed without even getting those references.

Here we have a thunderous death metal EP about god only knows what sort of stuff that I've never watched...

Nice solos, good usage of arpeggios, and semi-intelligible vocals. Stormland is headed in the right direction. 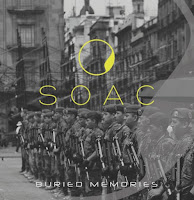 It's been about a year since London ambient prog instrumental metallers Sons of Alpha Centauri have hit us up.

Their latest record has some special guests....Justin K Broadrick of Godflesh and Jesu and James Plotkin of Khanate.

Broadrick worked on the first three tracks and Plotkin the latter three.

This album is a full on prog assault on your senses that will leave you exhausted. It's heavier and more focused than its predecessor, probably due to the work of the metal veterans. 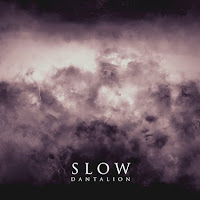 Without realizing it, I boned up on Slow this week listening to both V and IV. Their brand of epic doom funeral melancholy metal is about the best thing going in the world today.

But they did not prepare me for VI.

This is a perfect example of a band continuing to move forward and grow without leaving any part of their identity behind. They have moved forward, but perhaps only incrementally. It's difficult to say.

What's easy to say...how quickly time passed while listening to this album. The entire time, it seemed as though the stream must be malfunctioning...because there's no way that was 5 minutes. No way that was 17 minutes.