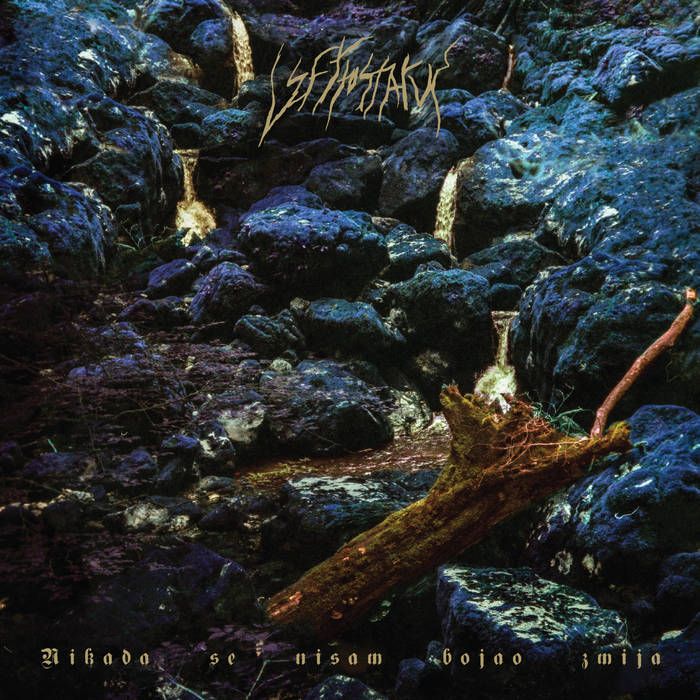 There are few things in this world more satisfying than finding  new artist and their music.

Every single one of my favorite bands, even the big ones, save one were bands I found later on life. The only exception to this is Kiss. I don't remember a time in my life when I didn't love Kiss. This literally goes back to pre-school.

I can even pinpoint the time when I became a fan of Black Sabbath, a few years after the original band had broken up. In those days, information was hard to acquire. I'd been a fan of Ozzy for awhile and I had no clue he was ever in any other band...much less the one that started it all.

But in this day and age t here is something seriously wrong with people. Rock fans have taken their finger off of the pulse of new music and then blame everyone else for the lack of it, as they call it.

Of course, those of us in the metal community know better. You find one band in the underground scene and before you know it, you're covered in new bands full of new music.

Today it's time to consider the debut album from Left To Starve.

From Karlovac, Croatia they come.

So, due to that, I have absolutely no idea what the songs are about or what they're trying to tell me. Based on their name alone, it's obvious that the unrest after the fall of the Soviet Union and the Communist Bloc might just have left a scar.

Their debut album, which I can neither read nor pronounce, is being delivered via Rope or Guillotine Records. So, one would have to guess that what we have here is going to be fairly left of center as it were.

For the the most part, this album isn't exactly crazy. The band isn't speaking in some sort of foreign tongue, musically speaking.

If we are beginning at the very beginning. This record is heavy, boy. It's the kind of heavy Mitch Hedberg conjured up when he was talking about Monster Magnet. The main difference here, is that this album is legitimately  heavy to a heavy metal veteran like myself, and the secondary difference is that this album doesn't suck.

Humanity, as famously written about by James Hetfield, is fueled by positive and negative emotions. At the very beginning, before metal had fully formed into a genre of music, the dark music was melancholy.

Considering that the genre came directly from the Blues, it makes sense, but at some point, the blues were evolved out of metal and it became about anger....and magic, but let's focus on the anger right now.

This one though? It's not fueled by anger, but anxiety. Anger makes us stronger, gives us focus, right Emperor?

Anxiety, melancholy, depression, they sap our energy and make us weaker. When that is exercised from our psyche though, we gain the focus and strength of anger.

Side one...it's pure anxiety. The ugly songs conjure the man alone who's in his waking night terrors.

The room is empty, save a worn table, and single light bulb held aloft from the ceiling. He's pacing. His pacing becomes more and more frantic. His fidgeting hands ball up into fists.

His nervous twitches become full on movements until he's banging up against the walls? How did he end up in this room?

WHY AM I HERE?

On side two..he gets out. The anxiousness is gone and the pure anger has arisen. Instead of bouncing off the door and the walls, he breaks through into freedom.

There is nothing purer than that relief. His anger abates...but now...where is he? How does he find somewhere safe....?

This album is ugly, brutal, scary, and mesmerizing. Listen to it over and over. Close your eyes and let them show you your story.

Out Now Bandcamp Facebook
Posted by Nicholarse B of S at 8:00 AM