Single Review: "He Tried To Kill Me With A Forklift" by Valence

Normally we don't do reviews of singles at Glacially Musical, but frankly, the title interested me.

As someone who's logged about 200 hours driving a forklift, this caught my eye.

Thinking back to all of my forklift experiences, the races, the stacking of boxes on the docks at my part time job... All of those months on the forklift.

It was to earn money to get to Hong Kong. There was a man who caused great suffering in my family when he murdered my father. This sort of heinous act cannot stand.

Lan Di will feel the heat of my fists as I seek my revenge....

Wait...that wasn't my life, that was Shenmue. 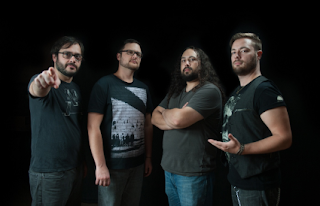 Thankfully there's finally a third one coming out. In the meantime, finishing two again probably should be a priority.  It is my destiny to avenge the death of my father.

Honestly, the connection between forklifts and He Tried To Kill Me With A Forklift is elusive. After several listens of this song, it's still unclear.

What is clear is that we're listening to a band on the rise. Their single clocks in at over six minutes. This is the kind of track that really covers all the bases.

Fans of Coheed & Cambria might find that riff...familiar. Fans of Dinner Music For The Gods might find a kindred spirit in Valence.

If there's anyone out there looking for a new band, especially one who's fully DIY, to take them to strange new places, like burping over a plum in a hat, it might not be Valence, but they will make you think.