Eastern Cuisine with Surface of the Sun's Devon Eggers 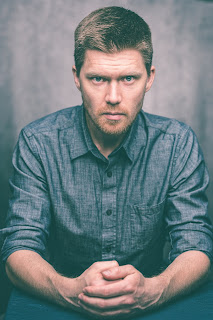 Are you looking for a great place to drop five bucks? Well, you're an American, so you probably don't have five bucks, but what about if you could drop three dollars and seventy five cents and get something that's listed for five bucks?!

My friend, here's a deal for you. The province of British Columbia has birthed, Surface of the Sun, who's in turn foisted upon this blue marble, Panacea.

Go to Bandcamp for the Panacea you need.

But for now, grab your chopsticks as we're heading east with them...wait. West. We're heading west to get get Eastern food.

1. We are all brought up eating Chinese Food. What's your go-to order from the Chinese Takeout place?

One of my favorite things in this world is food! And more specifically the Asian flavours. I love a good spicy ginger beef dish.

2. For basically all of my young life into early adulthood, I never really ate any Far Eastern cuisines apart from Americanized Chinese Food. What was your gateway food?

Going back to the beginning, it was probably my father’s cooking. At a young age, he had me trying lots of different things, one of my favorites being his soy sauce chicken.

Because of him, I grew up being excited to try new flavours. When I moved to the Vancouver area for college and finally had access to authentic Asian cuisine, I tried sushi for the first time.


That was my true gateway food.

3. After having tried it on my 26th birthday, Sushi, and sashimi specifically, has become basically my absolute favorite food. Tell me what you think of Japan's gift to the world.

It is an amazing gift! Sushi is my most favorite food to go out to eat. My go-to is Toro, with a little green onion (that’s the secret). I traveled to Japan in 2015.

What a culinary experience that was! Everything was the best I’d ever had, seriously. My highlight was eating Toro sashimi at the fish market near the docks in Tokyo.

I ate there twice in one day. Both meals were for lunch!

4. Now, a billion people cannot be wrong and that's not including the converts around the world. England, I'm looking at you. Curry. We're going to be needing a treatise on your attitudes and tastes regarding this Indian delight.

There are so many delicious curry variations from many different cultures. Whether it's Thai, Indian, Persian, there are such amazing and rich flavours to be found.

I’m a sucker for Thai green curry on rice with prawns, or an Indian eggplant curry (with garlic naan, of course).

5. Another food my wife kind of got me into was Vietnamese. St. Louis has a great scene here. I'm crazy into the hot pots. What's your favorite?

I’ve only experienced hot pot a few times, but it’s a delicious social affair. It’s a great way to connect over delicious food while everyone contributes to the meal.

I am not a stranger to Pho, though, and have actually taken to making it at home many times, even the bone broth from scratch.

I love veggies though, so I go a little non-traditional and add large chunks of various vegetables to my Pho.

6. In the end, there's a great world of food on the other side of the world. What's your favorite Asian Cuisine?

Sushi, hands down.
Posted by Nicholarse B of S at 2:00 PM

Email ThisBlogThis!Share to TwitterShare to FacebookShare to Pinterest
Labels: Eastern Cuisine, Surface of the Sun