Classic Spins with Jon Davis of Ungraven and Conan 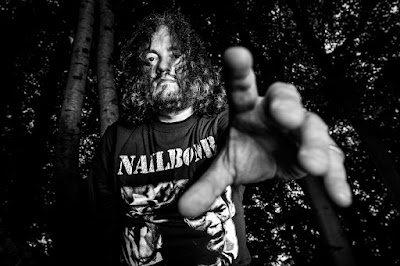 When you're ready to check something out, Jon Davis of Conan has recently released Language of Longing as a side project.

You should be checking out Ungraven.

It's a different kind of music from Conan. It's always awesome when Roger Waters releases another Pink Floyd album, but it would be cool if he was able to play some other sort of music too.

I'd be willing to bet that Waters really can't do anything else. That's why it's cool that Davis has another side to what he does.

So, check out the other thing that Davis does.

In the meantime, check out his favorite records.

I would have to say that my fave concept album is Iron Maiden ’Seventh Son of a Seventh Son’. Mainly for the use of keyboards. That album is made of solid ice.

2. My very first album was Live Evil b Black Sabbath. Since then I've had a strong affinity for the live record, even if they're a bit fake. KISS set the bar with Alive!. Surely, it was fake, but it's got the best concert feel of any one. Tell me about your favorite live record?

Nailbomb, ‘Proud To Commit Commercial Suicide’. As a huge Sepultura fan I was excited to discover Nailbomb in my early 20s. Through it I developed a deeper affinity with Fudge Tunnel too. The album is the PERFECT live performance, I love it.

I don’t really do this sorry.

4. One of my friends laughs at me, routinely, for loving the Misfit Toys of albums by major bands. Lulu by Metallica and Lou Reed, Carnival of Souls by Kiss, Diabolous En Musica by Slayer, etc. What's the strange one that you love?

I love Pestilence, Spheres but also hate it at the same time. It always splits my own opinion and I kind of like not knowing if I like it or not every time I listen.

5. It's almost fashionable to release live versions of albums or re-record the old ones. King Diamond is releasing a concert with Abigail front to back. Roger Waters has done The Wall twice. Which ones do you have in your collection?

Live after Death by Iron Maiden is an awesome live album.
Posted by Nicholarse B of S at 8:00 AM